Over the years I have heard many stories of how various Facebook Autograph Groups can be a total circus. Crazy members, fighting, bad opinions, stalking... you name it. In light of this, I have avoided them.

However, recently I broke my own rule and joined the "Out or Safe!?”  baseball Facebook group because I had heard stories of what was going on in there. My curiosity was piqued and I wanted to see for myself. The premise of the group is someone posts a photo of an item, and admins weight in with "safe" or "out" in terms of authenticity.

My membership lasted about 12 hours.

Someone had posted a Mantle for an opinion, and one of the admins replied that it was "safe," meaning it was authentic. The Mantle was questionable at best, and highly likely a fake in my opinion. Roller coaster baseline... signed in a spot Mantle would not sign... letter proportion out of whack... stiff rigid signature. I responded to the post that I thought it was an "out." (Photo below) 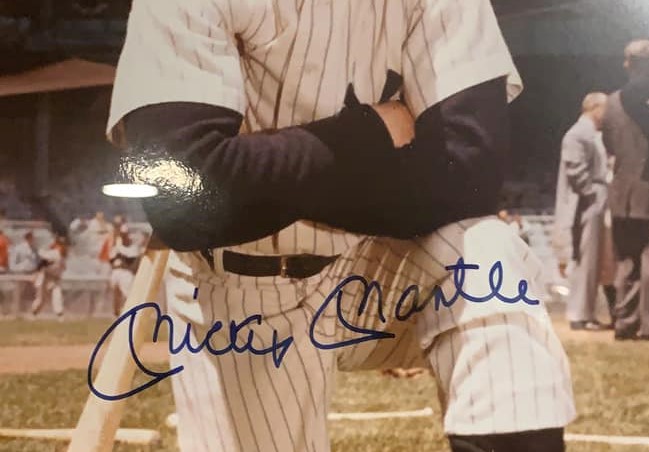 My comment was quickly deleted and the thread locked.

I sent a note to the moderators asking why. Were differing opinions not allowed?

The response was, "If an admin is very confident on the opinion they will answer and usually turn off comments. That is to stop people from commenting incorrectly."

I sent the photo to my colleagues at JSA, who deemed it a "fail." (JSA even noted it had a machine signed appearance, which I agree.)

I shared this with the admin, "Josh", who couldn't care less. I wrote, "My concern is people are being told bad material is good and then the convo closed for any debate. This is reckless."

In any case, despite the fact that JSA failed the Mantle, their decision was final. And then I was then told I was welcome to leave the group, which I did. I won't be part of something where collectors are routinely given bad advice and no one is allowed to question it.

It was not just this Mantle. I found numerous examples of incorrect calls. Willie Mays wife signed photo, Ted Williams fake, Carl Yastrzemski fake, George Brett fake, Don Drysdake fake... all called "safe" by admins. And this was just in the last few days. How many hundreds more bad calls were there?

Here are just a few examples of bad items being called "safe" by an admin. 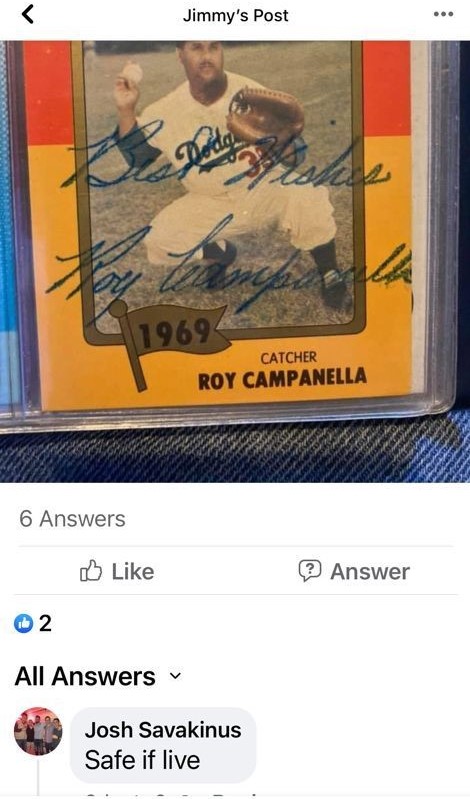 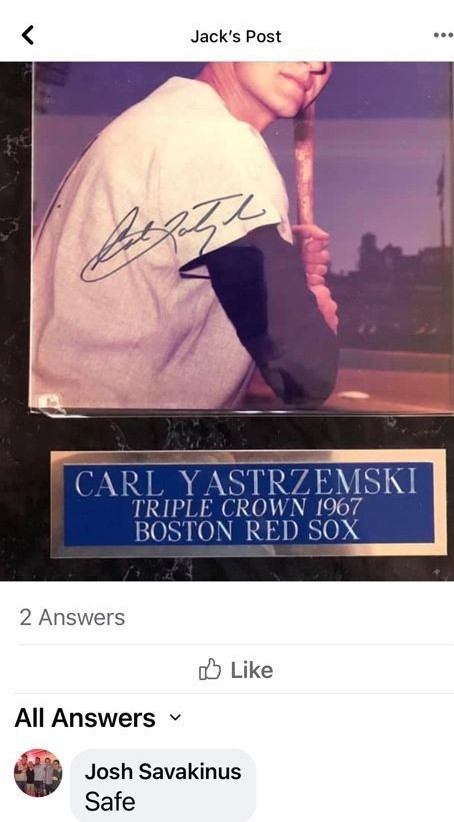 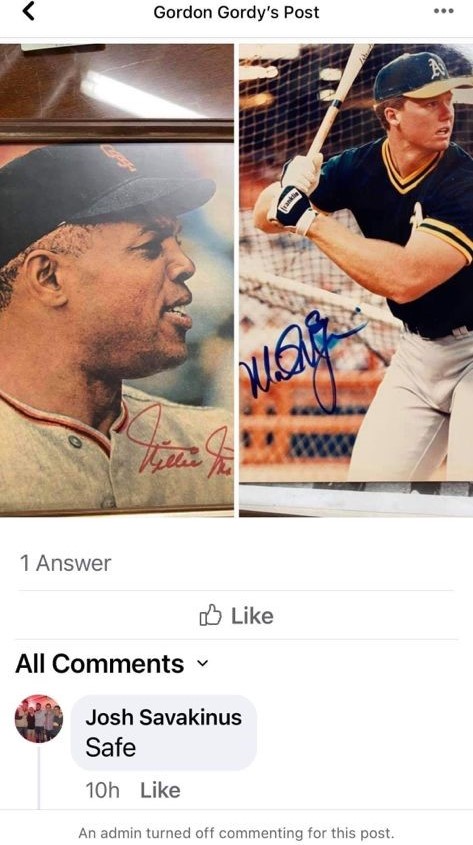 It's not even the fact that mistakes are made. Everyone makes mistakes. It's that they arrogantly shut down discussion and delete differing opinions. And if you question it, you're no longer welcome. This is not about educating collectors, it's about stoking the egos of a few so-called experts who can't handle feedback.

For what it's worth, there are a few admins in this particular group who appear to be knowledgeable, but clearly a few who are total amateur hour.

However, be wary of the groups that don't tolerate discussion or debate, run by wannabe "experts." The free opinion you are getting may be worth exactly what you paid for it -- ZERO.

(I am considering doing a YouTube video on this topic. If you are in any of these groups and have a screenshot to share, please post it here!)

In RACC especially we try to also stress knowing whose opinion are valid. This group you spoke about seems to be a case where someone in authority may have a problem having their ego challenged. That just hurts the overall autograph community.

I think it is important to know who and where to turn to in gaining a valuable opinion, of course doing the research and the work yourself is the most optimal and satisfying, instead of just taking some random Facebook guys opinion to heart, it is YOUR hard earned money... It is only you who can lose if they make a mistake.

I have found many qualified individuals in the community here and RACC that I would trust with a second opinion. Those who are passionate about protecting other collectors. A herd mentality on authenticity isn't always the best if it simply becomes an unqualified vote. You have to know who to trust and unfortunately you have an example where people are unknowingly following bad advice.

That must be one jackass group of so-called collectors.

That "Mays" is an obvious sec (wife-signed).

It's amazing the number of "experts" out there who don't know jack about autographs.

That is scary. The internet at its worst.

And anyone should be able to see that Roy C. is a rubber stamp....

Steve...The same could be said about RACC,  as I was kicked out off there forum for being straight talking

Thanks for all the feedback. I continue to get screenshots of questionable calls made by admins in the "Out or Safe?" Facebook group.

It's very easy to be a message board participant and casually offer authenticity opinions. However, when you are a professional authenticator, this is taken to a whole other level. Collectors may spend their hard-earned dollars based on your opinion. This is a big responsibility not to be taken lightly.

Because all authenticators are human, they make mistakes. The difference between a good authenticator and a poor one is not just accuracy rate -- it's also willingness to learn, grow and get better. When you are not open to input, you'll never get better.

Josh Savakinus and a few of the other admins on the Out or Safe Facebook group want the best of both worlds; to be seen as  knowledgeable pro, yet have no accountability whatsoever. So the poor schlubs who buy or sell something based on their bad opinions will be screwed. When the items are sent to a real authenticator and they fail... what recourse does anyone have? "But... but... but... Josh Savakinus said it was "safe!!"

Thanks Steve. The only autograph grp on Facebook I value is RACC.  I think they have one for sports as well.