No matter how you feel about Donald Trump politically...or how you feel about his hair...or his horrible reality shows...etc etc etc...there’s one thing we can all agree on. The dude has a cool autograph. Now, if you want a signed copy of his “The Art of the Deal,” you can go to his main website and “donate” $184 to his campaign, and you’ll get one. But that’s not why I’m writing this. There was a much more entertaining story I heard that I wanted to share.

In Brooklyn, at a German restaurant called Schnitzel Haus, there was an autographed photo of Trump on the wall. It had been there for almost a decade. It said, “To Fred + Amber, best of luck with Schnitzel Haus! Best wishes, Donald Trump.”

Now, I’ve been in some delis that have lots of famous photos on the walls, and as an autograph collector, you always drool. Locally in San Diego, it’s the D.Z. Akins deli that has them on the walls. I was always disappointed that the one of Soupy Sales doesn’t have him recommending the soup.

At the Belly Up Tavern, an incredible music venue in Solana Beach/San Diego, they have their concert posters all over the walls, signed by the artists. That looks a lot cooler than a similar concert venue in San Juan Capistrano, which just has autographed 8x10s of the bands that have been there.

Anyway, back to Trump. The photo has disappeared, but not because somebody stole it. It’s because somebody complained about it. A handful of customers accused the restaurant of racism. Now, as much as we all hate Trump, I think charges of racism aren’t accurate, and...I think the restaurant should’ve just kept the photo up. Especially since he’s in the news. And one of the many complains on Yelp compared the picture to seeing one in a restaurant that had Hitler on the wall. For that idiotic logic alone, I’d keep the photo up. Seriously, people need to stop comparing people they hate to Hitler. It just makes them sound moronic, but I digress.

The photo was signed on opening day of the restaurant in 2007. The owners, Fred and Amber Urban, were friends with Trump’s head of security.

Part of Urban’s response on the website included this, “He met us at an event we sponsored during German heritage month at NYU. He was the German American ambassador for the year we opened. If he wasn't running for president we would not even been wasting time on here chatting about this however living in America and the ability to have freedom of speech is obviously not a stronghold that was learned by many. We have removed the picture tonight because I don't like to waste time defending my right to display a picture in my own restaurant. I am hoping autographed Al Pacino picture didn't offend you also.”

Urban said that it wasn’t worth hurting his income, but that he’s really upset he had to take the photo down, and he doesn’t feel it promotes hate.

And he’s right. But you can’t tell that to the left. Again, I hate getting into politics, but...it’s the left that I hear shouting and causing disruptions at Trump rallies. I’m not hearing the right wingers do that at Hillary and Bernie speaking engagements.

Now, that being said...I think Trump, who hasn’t come across an issue he doesn’t like speaking on, should bring up this restaurant in one of his speeches. Or maybe go into the place, and talk about how these great immigrants from Germany came here, opened a restaurant, and have been great members of society. They came here legally, and….[insert Trump shooting himself in the foot here, because...the guy can’t speak for more than five minutes without doing that]. 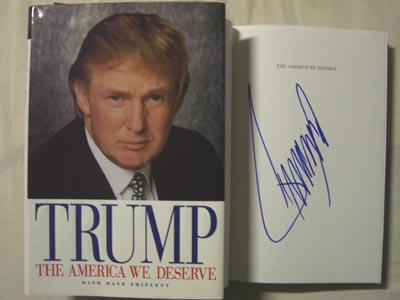 I suggest the addition of Thousand Island dressing for that touch of orange.

I always like when celebrities autographs mimic my last EKG.

His autograph isn't necessarily even that good anymore. A couple collectors in RACC reported getting autographs like this. 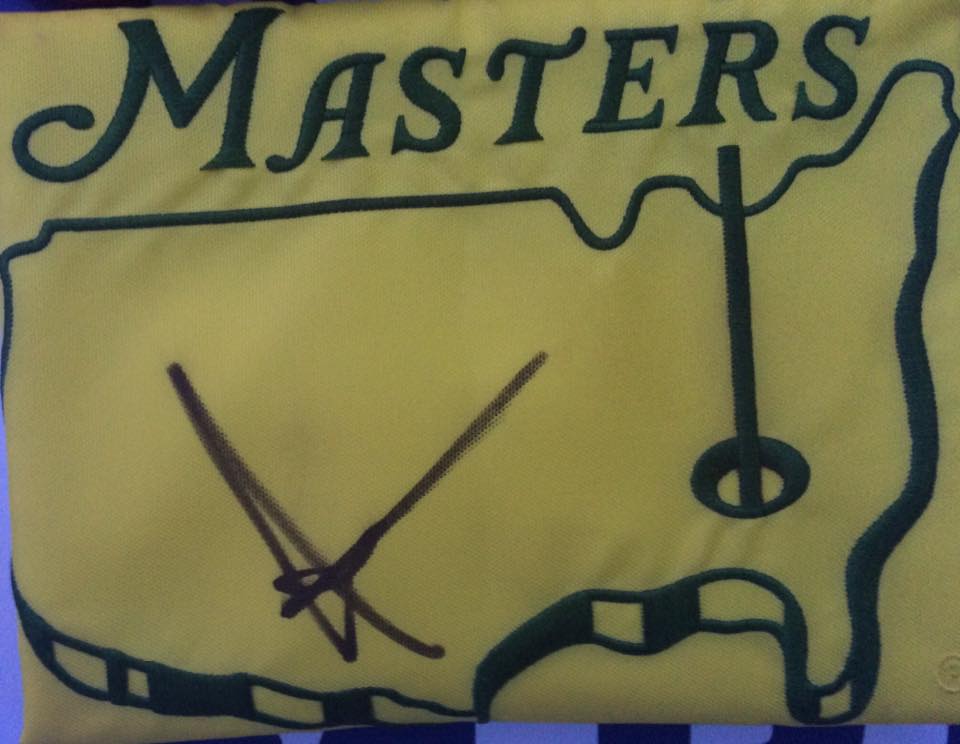 Phony charges of "racism" is the McCarthyism of the left. They throw around the term so casually at everything they disagree with, it has lost meaning. Sad!