I was backstage at a Joe Walsh concert once. Years earlier, I had completed having him sign all the solo albums and James Gang records I owned. And I never wanted to have him sign the Eagles albums, because it would just be too painful not having the other members sign it, and would just look so incomplete. Well, I was wearing a Joe Walsh shirt. A roadie said, "Hey Joe, sign that guys shirt." He signed it, but...now I can't wear that shirt again! It just sits in a box in my garage, with some other signed memorabilia.
I was waiting to get B.B. King to sign an album. I had gone to my car to get it, and he pulled up in the limo when I was two blocks away. He told the small crowd he'd sign for them later, but a homeless guy walking by shouted, "Just sign my hat now, I won't be here later!" King chuckled, and signed the bill of this guys hat. He promptly put it back on, and continued walking. It was a Padres cap, and we all doubted he even knew who just signed it.
One of the most underrated 60s singers ever, is Eric Burdon of The Animals (and Spill the Wine with War). The first time I saw him in concert I was 18. He came out wearing a San Diego Chargers cap, and by the third song, he threw it into the crowd. It landed in my hands and I was thrilled.
Later, I went to his trailer and had him sign a few albums. He was very cordial, and told great stories. Someone asked if I was going to have him sign the hat. I didn't, because it was a Chargers had. Just imagine, people would look at it and say, "Whose signature is that? Eric Weddle?" (a free safety that was a fan favorite here in town)
I've told this story before, but...when I went to interview Gregg Allman, he was stoned off his ass. It made for a great interview, though. I brought two albums for him to sign, and he asked if he could have the Minnesota Vikings cap I was wearing. I gave it to him, but said only if he gives me something from the stage (there were about 6 guitars lined up). He said he'd get me an Allman Brothers T-shirt. He went backstage, but the merchandise hadn't arrived yet. He told me they'd hook me up that night, but I didn't have the heart to tell him I was watching an up-and-coming bluesy rock band I liked a helluva lot more -- The Black Crowes (and was thrilled they all signed my CD backstage). 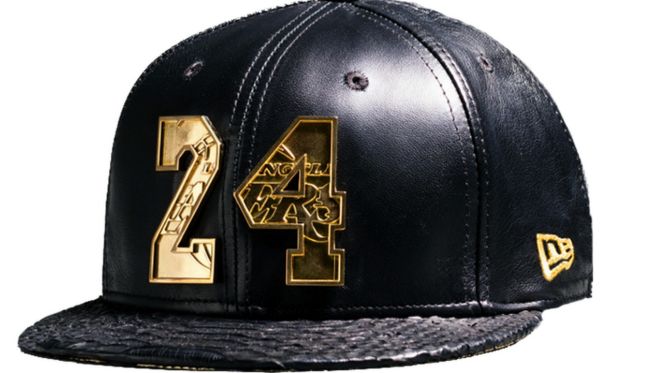 There is one person I would ask to sign a hat. It's Kobe Bryant. As a longtime Lakers fan, but a Kobe hater, it's not because I want his autograph. It's because of the type of hat the Lakers are selling. It's a black lamb-leather (sorry, PETA), New Era cap with an 18-karat gold "24" on the front (side note: why not 24-karat gold, to stick with the theme?). Now, for those that want to play at home...any guesses on what this cap will cost?  (insert drum roll here, or Bob Barker's voice)
If you guessed $38,024, you're right!
Yes, it's going to cost more then the new Tesla.
If I paid that much money, Kobe's ass better hand-deliver it to me at home.
If you want something to commemorate his last season in the NBA -- a season in which he was the highest paid player, with the lowest shooting percentage in the league -- the Lakers are selling a purple diamond cashmere cap for $24,008. It has gold snakeskin under the visor. What's that you say? Still too much? AEG has caps commemorating his 81-point game 10 years ago, with Swarovski crystals and his points per quarter from that night embossed on four side panels. That's a mere $248.
Now, tickets to his last game are selling for around 10 grand ($700 for the cheap seats).
There are various coins, jackets, and pins, that are more reasonably priced at Lakerstore.com.
I prefer the team just get some players that aren't secretly recording their teammates. I swear, this team is at least 4 years away from being good again. 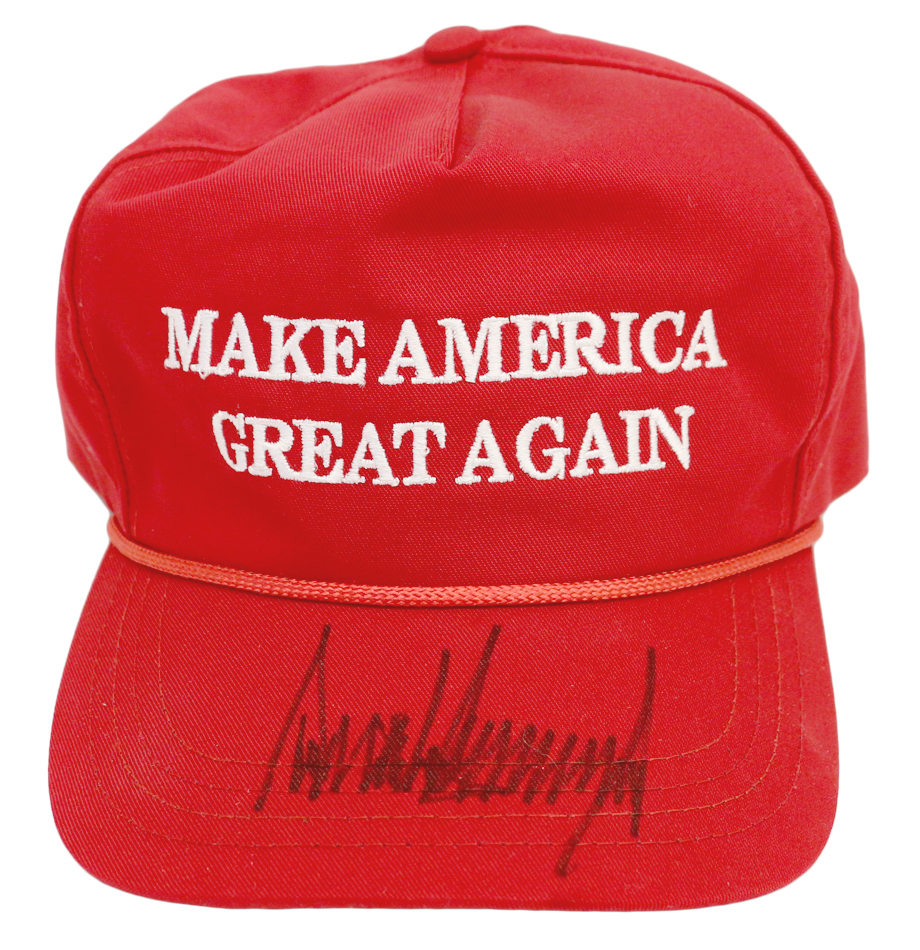 If it were a pair of Bowler/Derby's with Laurel and Hardy Signed - a definite want surely?

I would not pay a penny for any of these autographs!

Good point, Adrian. I suppose if it was a hat that had significance like that.

I was at a Leon Russell concert recently...and he talked about how when he played with Joe Cocker, he used to wear this wacky, tall top hat (I think it was green). It was given to him by somebody at a Hollywood party. He'd throw it around on stage and stuff like that. Well, one day, somebody sat on it at a party. It was almost completely destroyed...and he saw some tag on the inside. It said something like "Property of Bela Lugosi" (or some huge Hollywood name like that). He said if he would've known that, he would've kept the hat and not worn it in concert all those times.

Comment by Paul on April 12, 2016 at 1:01pm
I have seen members here with signed hats on their member photos.

Why? I am an auto racing fan of all series. I don't just follow one driver. I will try to get an autograph from most any of them on a die cast of their car. But carrying a bag of 10 to 15 die cast can get kind of heavy walking up and down pit lane in 90 % + weather.

So I find that hats are a lot lighter and that they stack better than die cast. So you can carry 15 or more at the same time with no problem. And besides, I don't look good in a hat, so I don't get attached to a hat until after it get signed.

I like signed hats,I have had Pujol Game used hats and a really nice Trout Hat.Its different then a photo and baseball and compliments my collection nicely.

Comment by Rich Treichler on April 17, 2016 at 7:27am
I agree Tony. I have hats signed by Jeter, Rivera, Mantle and Reggie Jackson and they are a nice compliment to my collection.

Comment by Andrew Alderton on May 19, 2016 at 5:36pm
I have a Bob Denver signed "Gilligan" hat. But that makes sense. I was up at the Indy 500 track today and saw many drivers signing hats. Not my cup of tea but to each his own.

Exactly, Andrew!! If I had a floppy hat that looked like Gilligan's...perfect. Or...if I had the hat (to stick with Bob's), that Bob Crane wore in Hogan's Heroes...yes, by all means, having that signed would be awesome. It would be like having a Jets helmet signed by Joe Namath. But...having a Yankees cap, that is signed on the bill by Reggie Jackson...just not as nice a piece as an 8x10 or a baseball.

Comment by Andrew Alderton on May 19, 2016 at 8:14pm
I saw one guy today who must have had 8 or 10 signatures on it. They are tough to read and he his wearing it around all day sweating it up. Bet it will all me illegible by the end of the today.