For the price of $125.00 (very, very reasonable by today's very high prices) about 20 fans got treated to an hour long pre-concert sound check, a personal meet and greet, then joined the rest of the nights fans for dinner before the show and a very energetic and jamming concert. This very small venue in the wine country outdoors of south Riverside County, was vibrant and really rocking. 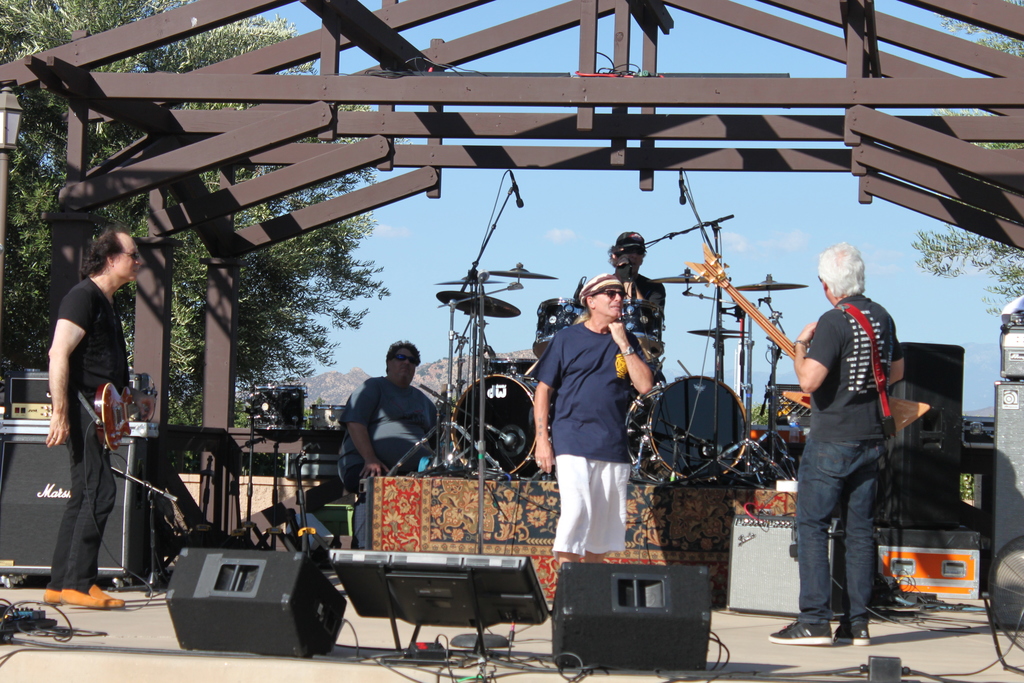 At the meet and greet after his sound check, Robin signed just about anything and everything that the fans popped in front of him to autograph.  He also posed for pictures and told many (brief) stories all the while sharing many, many laughs. Both he and his fans were feeling the energy. It took a bit of hard work, and having to deal with an incredibly rude and very vulgar "security guard" (not sure if this individual was part of Robin's crew, or the venue's), but, after Robin was convinced the guitar I brought to sign was for me and not going to end up on Ebay, Robin personally autographed it to my wife and I, even cracking a joke or two about it. He also signed several LP's for me as well.

In addition to the autographs before the show, there was an auction at the intermission of several non band guitars, posters of the evenings show, and some Cheap Trick LP's.  The guitars each went for $950.00, with the posters going for $400.00 -$450.00 each.  The kicker was, that all the winning bidders were invited back into Robin's dressing room for full band signatures on their charitable items.

It was a fantastic night of music, tons of autographs and photo opts, and another example of why Robin Zander continues to have one of the best and friendliest reputations in all of rock music. 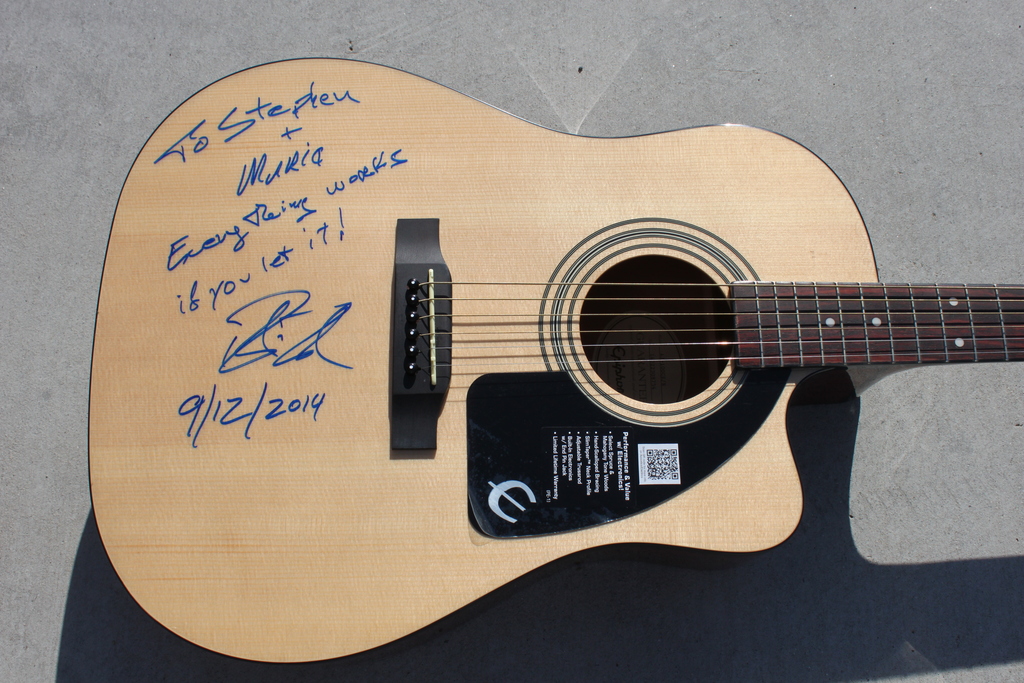 Great story. Thanks for sharing.

This is probably the perfect time to remind everyone DO NOT bring guitars or pickguards for signatures. They seldom sign those, and always get turned off by seeing them. Believe me, there's NOTHING you can usually say to convince them otherwise. I've seen many try, and 50/50, they were autograph dealers, and the musician was right. The other half of the time, it was a hardcore fan, that just got screwed out of having something else signed, because they brought the guitar (which is also hard to lug around).

Oh, and if security gave you a hard time about guitar, I GUARANTEE he was with Zander. The venue security wouldn't care. The guy working with the artist, who thinks you're going to turn around and sell it on eBay -- DOES.

That being said, glad you had a great time. I see that they're playing at the Coach House in San Juan Capistrano. I was thinking about going.

I agree Josh.  Trying to get guitars signed are a "major red flag" in their eyes, no matter how sincere and loyal you may be.  I simply had a feeling with Robin strictly due to the nature of the event/venue.