I had the good fortune of finding what I am pretty sure is a genuine new-to-the-market Bob Marley signed «Uprising» LP. According to the seller, who I have met and have no reason to doubt, the LP was given by Bob to the landlord of the London flat he was staying at between the European and US legs of his 1980 tour. The flat was most likely in Carlos Place, Mayfair. The LP remained in a cupboard and unplayed for 40 years. Here is the autograph: 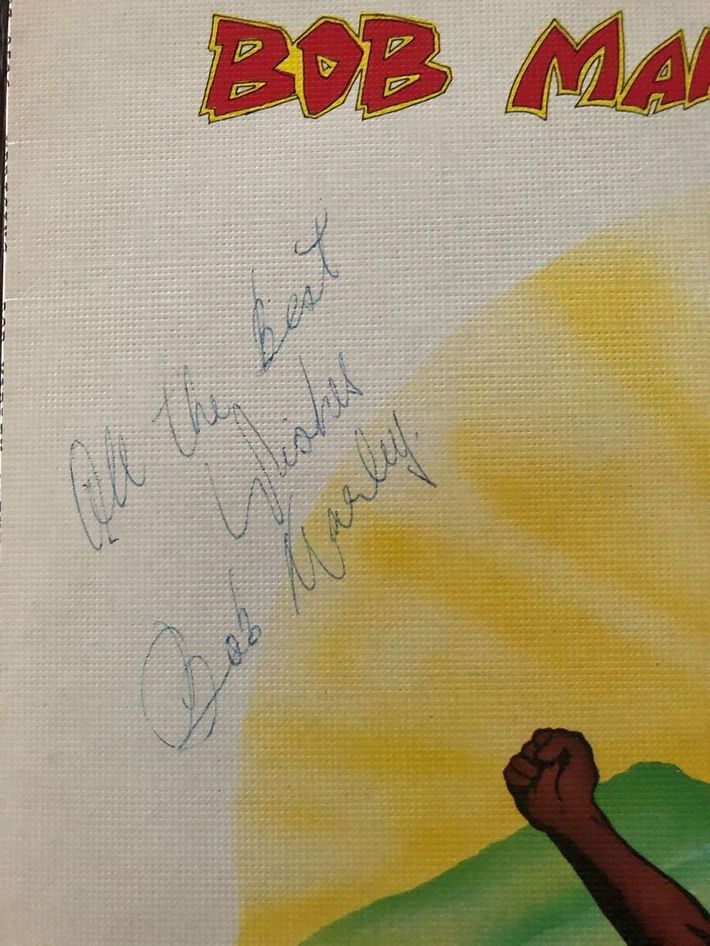 Before buying the LP, I checked out many other examples of Marley’s autograph. These appeared the most relevant to the autograph I was considering: 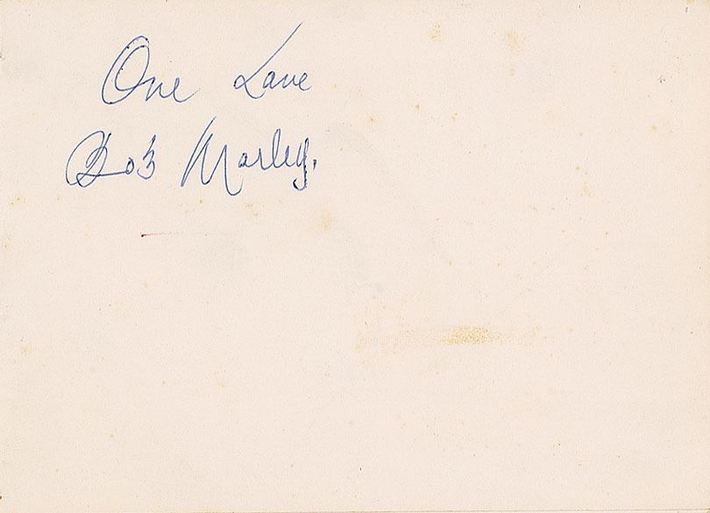 I noted in particular that three of the four Uprising LPs previously sold at auction were signed by Bob to thank people for things (accommodation, medical treatment etc.). The other may also have been signed as a thank you but there is no provenance given in the item description.

I have two questions:

I could probably give you the addresses if I find the time.

The Marley uprising lp at rr auctions sold for 4k as I recall , then a month later it was up around 16k, it's been on the block 3 times at least.

I've made friends with Bob's guitarist only through another mate of mine who knows him personally  and his signed a bunch of memoribilia for me.

Thank you Paul. I've put details of sales in the signed LP census I just posted.

Nice find! I think it’s definitely real. I’d get a quick opinion from Epperson in case there are some new insanely good forgeries out there but I’d be very surprised if he didn’t like this.

Those are nice finds. I don’t see any problem with them and look good to me. It would be wise to authenticate them as it’s always nice to have a low next to an item just in case you want to sell or just for peace of mind.

I have posted a nice Bob Marley signed cut today for sale, authenticated and encapsulated by Beckett.

The signed Uprising album in my opinion is genuine and a beautiful example.

Do you mind me asking what you had to pay for the amazing item?

Thank you Richard. As regards the price, suffice it to say that it was very reasonable indeed. I bought it on a local (German language) on-line auction site rather than at a flea market or by way of a private sale. I had expected the price to go considerably higher despite the lack of Anglo Saxon competition.