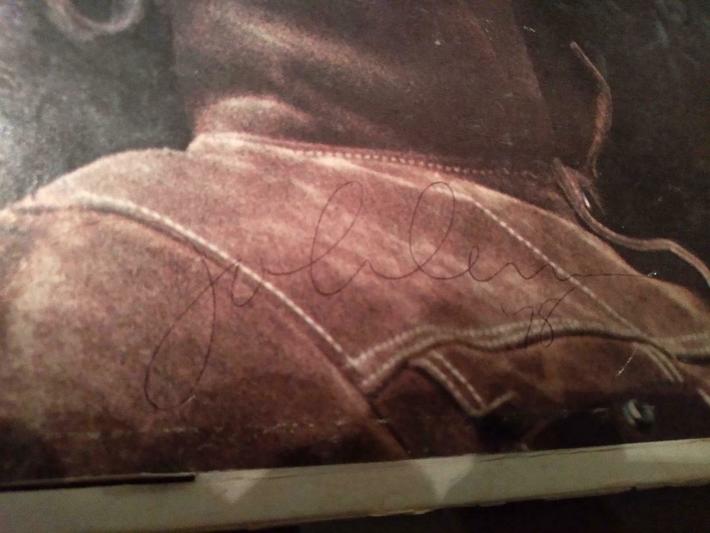 No from me - see what Ballroom says.

Thanks guys, I knew it was bad, but always so tempting. Would love a real Rubber Soul signed like that.

It's bogus! I knew a woman who lived on Cape Cod. She had an antiques shop in the 1970's. In September 1975...John Lennon & his friend Richard Ross had left NYC and they drove in Ross' 1974 Maserati to Cape Cod. Lennon walked in...and started looking around. She told me he was very charming and funny. He was interested in an item...and he asked if she could have it shipped to his home in NY. She said "yes"...and he said he'd be back tomorrow. She brought in a beautiful copy of "Rubber Soul" from 1965 to her shop the next day.. When Lennon came in...she asked him if he'd signed the album. He smiled and said,"certainly!" Lennon signed it with a black marker on the reverse. It was a beautiful signature! She sold it for a pretty penny

Sweet! Would love to see a photo!