Selling my signed 51st Academy Awards Program, which I attended.

I'm new, but often came here to read up on what's going on out in the autograph world. In the late 90s I bought a letter signed by Irving Thalberg to a writer from some company on Ebay.  I had it framed, I was so nerdy proud of it.  Then I looked into the seller (years later - that's how I found this forum) and found out the seller was a huge scammer.  I paid a lot for it.  ;-(  So it was fake.

I sell on ebay - lots of things, not autograph related.  Any autographs I did sell, like the cast of ER, I felt secure in doing since i was a writer on the first two seasons.  I sold a Paul Newman autograph because he came into the bookstore I was working in (70s,) I kept his signed cc receipt.  They didn't care. back then.  Anyhow, a fun story came with it having to do with a Rhyming Dictionary.

I won't go into background, check out my profile, it's all there.  I'm looking to sell my 1979 (for 1978) fifty first Academy Awards program signed by Laurence Olivier, Maggie Smith, Bruce Dern, Maureen Stapleton, Lauren Bacall, Christopher Walker (Chris), Richard Farnsworth. I personally walked up to each of them and asked them to sign.  (I was an 18-19 year old P.A. (runner) at Warner Brothers, someone on the lot offered me a ticket, the dream of my young lifetime.)  Talk about nose bleeder seats! I was overwhelmed.

Anyhow, I want to sell it (very hard for me but it's time) and I was going to put it on ebay. But reading about authentication (on here) about most companies being crap and worthless certificates, why bother?  But ebay doesn't like you selling autographs if you don't have a document or are not a registered dealer.  I care a lot about this item personally, I don't have any proof except myself (Richard Farnsworth signed it to me, Tracey, so there's that).  I also don't want to send this anywhere and have to pay someone to tell me it's authentic when I WAS THERE.  ;-)

How should I go about this?  Any advice will be taken, really.  Thanks in advance...

Regarding your query, I can sympathize. I'm in the same boat - most of my stuff doesn't have COAs attached to it, but I think most users on here would tell you that most/all of them aren't worth the paper they're printed on. If you have some sort of provenance or other supporting documentation from the event itself (photos et al.), that may be a good thing to include if/when you sell it, but not having a COA isn't necessarily a dealbreaker.

It would be pretty damn difficult to replicate/fake a program from an awards ceremony published 40+ years ago, with period-appropriate autographs from multiple individuals. They seem to be a fairly niche item, and while they do sell on EBay (checking sold listings show unsigned programs going for anywhere from $30-100 for the late 60s/early 70s era), they're not the most common items out there, which is a good thing for you.

Your post reminded me of a listing I ran across on Facebook Marketplace of a seller who was trying to market something with similar background - a book full of autographs amassed during filming of NBC's Today Show (put together in 2001 -- it was apparently an autograph/scheduling book set aside in the Green Room) that had all sorts of disparate signers -- everyone from Judge Mathis to Heath Ledger. The seller ended up clipping out pages to sell separately and (best as I could tell) was able to sell several of them (for several hundred each). Not saying that's something you could or should do, but it may be prudent to see what other sellers are doing with multi-signed programs like that as well.

You might also want to look at selling via consignment to a reputable auction house (i.e. Heritage/Goldin et al.)

I'll give you the best advice.

You're instincts are correct. Why pay to have it authenticated, you know it's real. And if you post a photo of it...people will contact you if you want to buy it.

I'll also say this. People that aren't autograph dealers, but collectors, or someone like you that only has a few items -- get personally attached to them, and they want a lot more for them than they're worth. So, be realistic on what the value of said item should be. For me personally, I'd love it for the Bruce Dern, Chris Walker, and Sir Laurence. Oh, and Lauren Bacal ain't chopped liver. Someone else might be into it for only two of the autographs. But most autograph collectors feel like...the more, the merrier. So it's a nice piece.

But, I don't think you'd get over a thousand bucks for it. So if that's not worth it to you, I wouldn't put the time and energy into trying to sell it. I think the most you'd get offered for it, on this website, would be a few hundred bucks, unfortunately. It sounds like a nice item.

I do know of an auction house that would gladly auction it for you (they'd take 5% of the final sale price from ya). Contact me if you're interested in their info.

It sounds like a very nice item, just depends on interest of what others collect etc.  Would love to see a pic if you feel like posting one on here.  Great suggestions from the first two replies.  I sell primarily on ebay myself, mostly autographs, and just about every one, with few exceptions, in person, they mean so much more for keeping and when trying to sell something you actually got yourself, not bought from someone etc.  Lately mostly selling general memorabilia for a former Cowboys players family, some autographs in there.  But I don't have too much issue selling without COA's but do use JSA once in a while on some items, mostly on items of those we have lost (use to provide my own little paper one, just to appease those that want something, cause it is my word of guarantee and that means a lot to me.)  But I like to tell when where how who signed an item, plus it's condition as best as possible to cover any minor issue of item to be safe, and never have any issues of any returns because it wasn't as stated or shown.  Too many just show and item and say here it is (sorta) and use same pic on quantity too, can't stand that.  Anyway, hope to see what your program looks like and good luck finding the right place to list it.  Nice initials btw ;)

Thanks for all your replies, I really appreciate it. I'm not expecting to make big bucks (1K no way) but I am determined that my stuff (collections of this that or the other)not  end up in an estate sale when the day comes that I pass thru Time's Winged Wastebasket, eventually 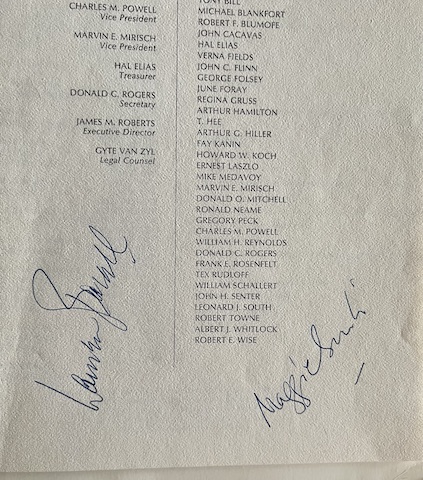 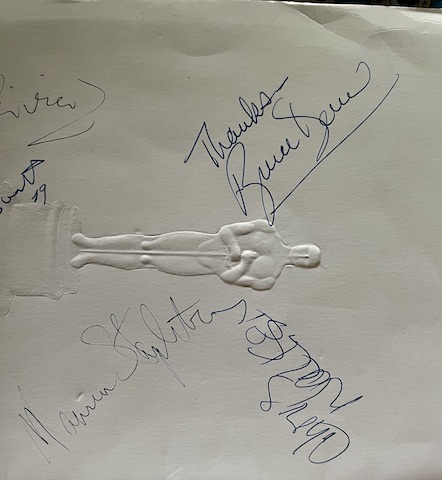 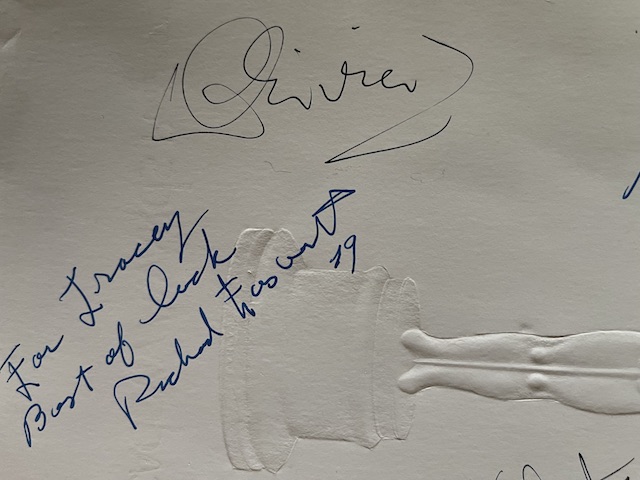 . I go to a lot of estate sales and yard sales, very depressing.

For some reason I read the ebay restrictions on autographs, never saw them before, it doesn't seem I can check off any of the 'must include in listing' items they require.  Does it matter?  It hasn't in my earlier sales but maybe it's new.  There is actually a law in california re: selling of autographs.

I won't break them up, though.  I sold an extra program I had from that show for (no signatures) $75 a while ago.  I had a scrapbook with autographs, tickets, photos from the 80s hair bands.  They were big here.  I was selling for a friend but I desperately wanted to break up the signings.  But it wasn't my decision to make.  The autograph place in Nashville bought it, whole.  They are probably selling it for 10x what I got for it.

I think it is a really nice item but please dont break the item up.  I also dont think you need a coa with it

Yes it is Joe.

Walker was a typo.

Reputable COAs can be very important. Probably 99% of collectors don't know how to authenticate so expecting them to learn to authenticate themselves isn't reasonable IMO. The vast majority of COAs from the major third-party authenticators are accurate, and virtually all of the ones from known reputable private signing companies are.

And a respected COA can dramatically increase what you can sell a signed item for.

Can you name a few reputable authenticators?  What do they usually charge?  Thanks

I would support the auction idea with a good auction house and set a minimum bid price that takes into account the commission they will take off the top. Write your own COA :)

I really don't want to rain on anyone's parade but, in my experience, these multi signed programs never seem to generate the full value of the individual signatures. Your program is extremely clean which helps. I would guesstimate your program would sell in the $300 to $500 range. It would probably cost $150 to authenticate it. IMO, your item would likely sell to an experienced collector who would likely not need the independent paperwork to know these are authentic.

If I were you, I would list them on eBay along with your explanation of how the signatures were obtained. Put the price a little higher than you want and see what interest it brings.

Just my opinion for what it's worth.