I've seen these before -- did Wyman sign for Charlie on this one? 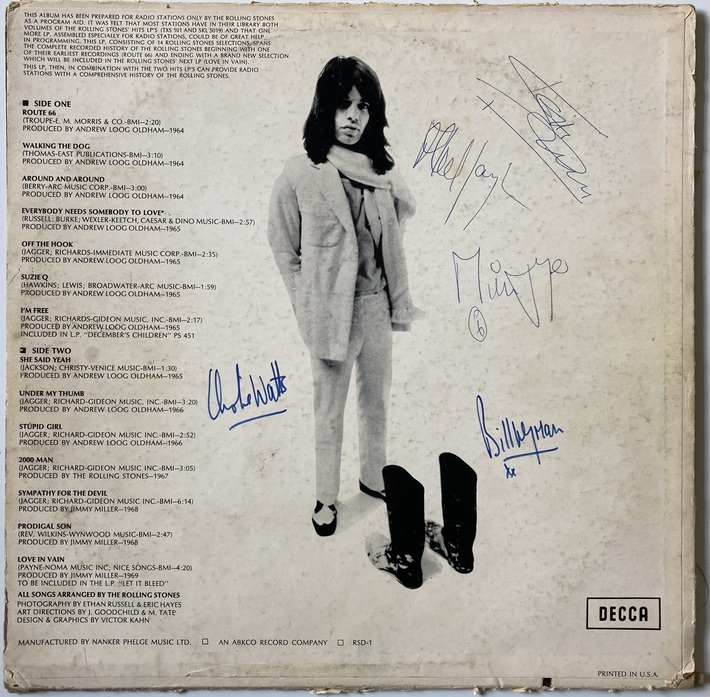 For me is a total fake

I don't think it's a "total fake" -- go to this site and you'll see many similar ones. It's just the Charlie that I think was done by Wyman.

Yes that is what I think happened as well

So Mojo Risin -- are these all fake too?  These have been documented as authentic by many people (except for some where Bill signed for Charlile). They signed at least 20 of these for record execs, friend, and promo people in 1969. 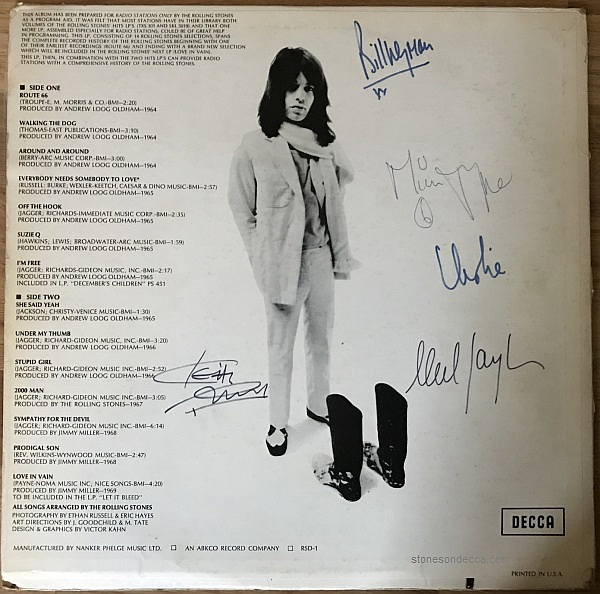 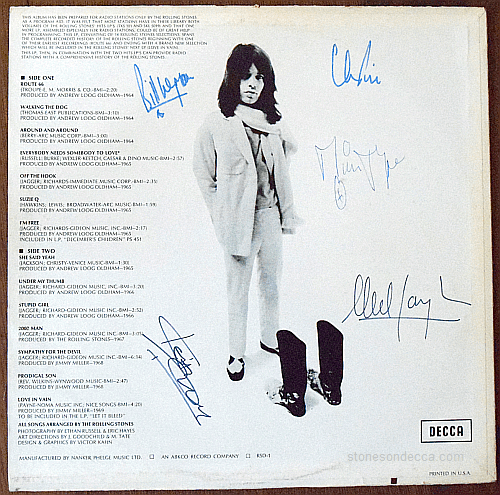 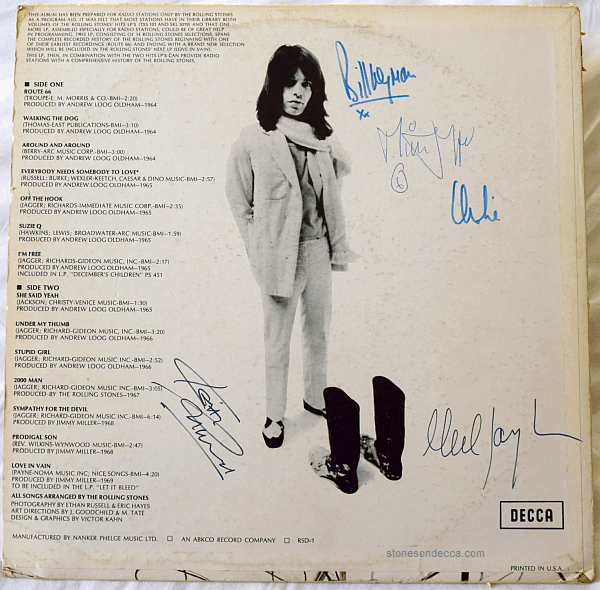 I don't like any of these autographs... sorry. For me are all fake.

They have all been done by the stones fan club secretary’s in London at the time of 1969.
The U.K. Decca copies only 200 were made they signed only 20 copies for friends and DJ’s.

Collectors have paid a lot of money for those signed copies most notable one was sold on eBay for nearly £10,000 !! the buyer will be pissed when they find out they are signed by the fan club.

gosh.  One of these was sold by one of the more reputable dealers as well if my memory serves me correctly

Hi Keithspoon.  Have you got a scan of the one that got sold on ebay?  Had it been authenticated by anyone? I mean that is a serious amount of money

Keithspoon1978 -- how do you know that the fan club signed all 20 of these?  Are you saying you've never seen one original one signed by the Stones? 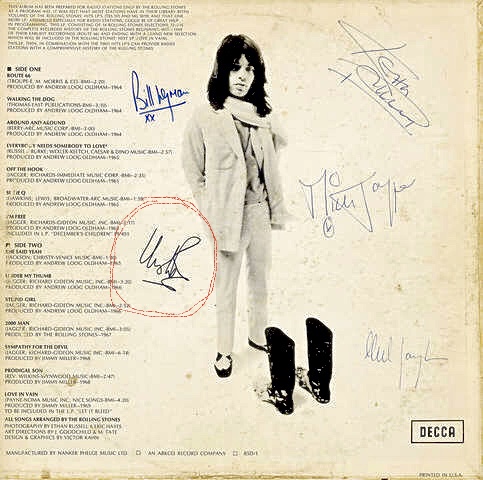 Only one band member has signed one copy only that as surfaced so far and that is Charlie Watts on this copy I’ve circled it in red.