Oh yes indeed! She saved her allowance and money from odd jobs for a year for her to be able to the Gibli Museum in Japan with her friends.

Envious.  We are big fans of Miyazaki and Studio Ghibli.  Thank you for posting this.

Handwritten note by Morrison, which Jim also signs (initials) along with Alain Ronay. I also managed to secure A.R.'s signed letter of provenance. 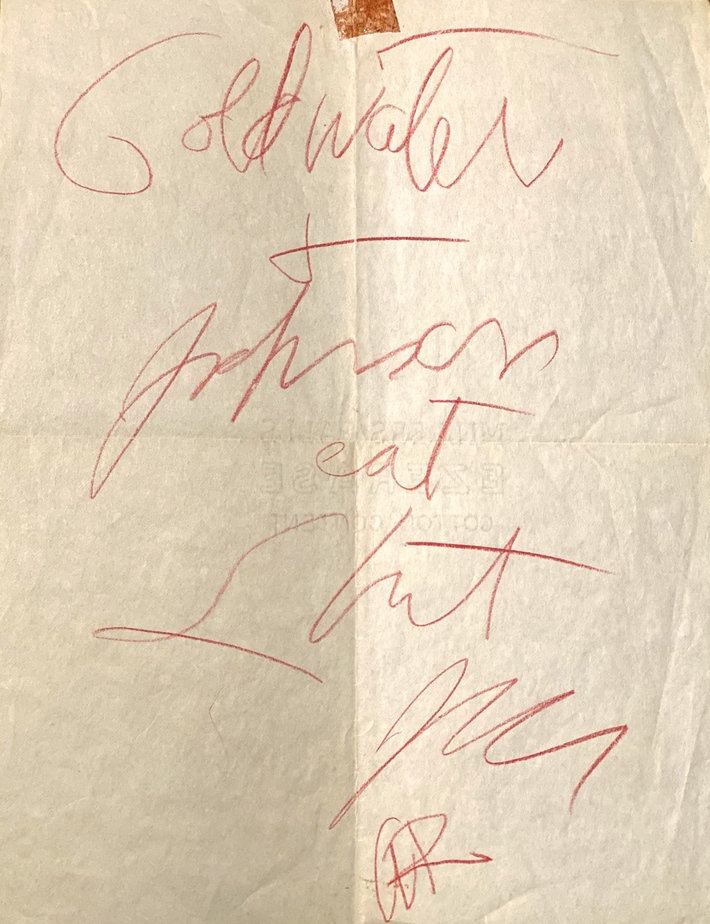 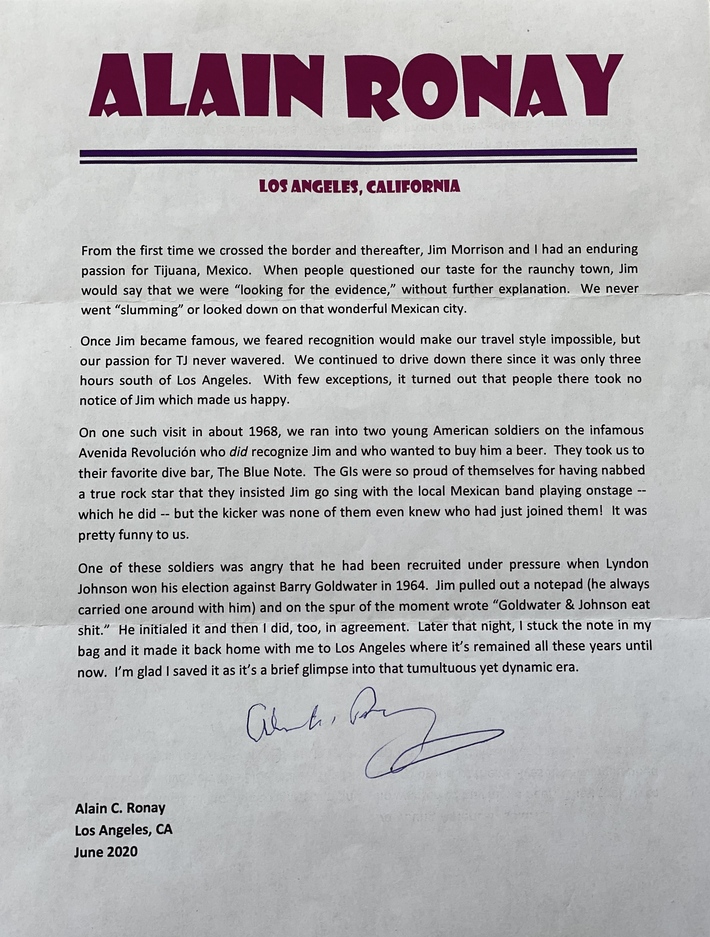 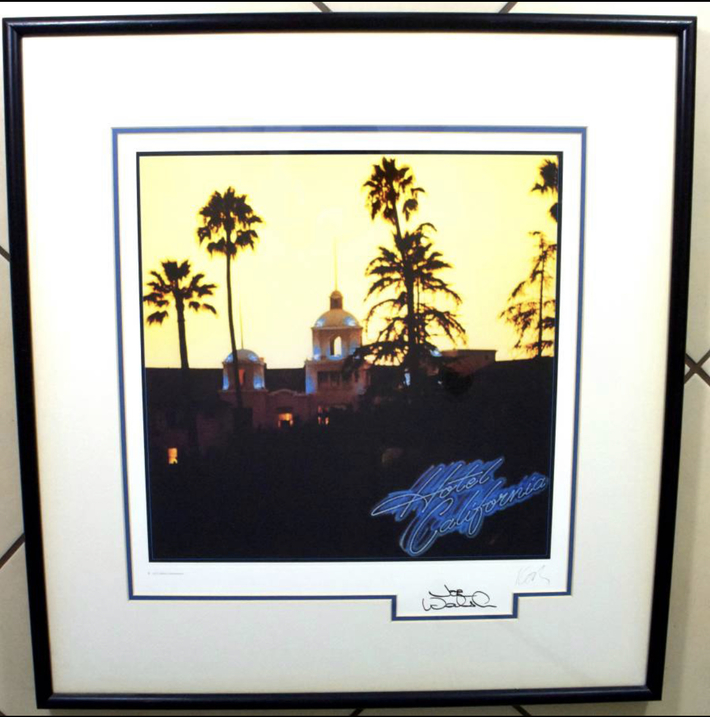 Very nice Joe Walsh piece. Where did you pick that up from?

Picked it up on the local Craigslist.

The Rise and Fall of Ziggy Stardust and the Spiders from Mars signed 2002. Dedicates to "David".

This is new in my collection. I am selling off another 2002 Bowie CD cover (Heathen)  - I just don't keep doubles. I really like this one. Not the greatest contrast, but an excellent image to have signed. Nice dedication, inscription and unusually underlined signature and terminal period. Iconic image. I've seen a very few and none of them have popping contrast - it's the nature of the cover artwork. Cover photo by Brian Ward in monochrome 1/13/72 and then colored by Terry Pastor. It was fading light and raining at the time. Bowie had the flu when this photo was taken. The Royal Mail made a stamp of this image in 2010. These RykoDiscs (1990) were remastered from the original recording -  Bowie himself requested the remainder not sold due to the high quality of the original music restoration. This was a plaque I purchased about a year ago. I know it's different from the normal item appearing on the forum. But it's a signed piece netherless.

It's a genuine hand signed and sealed by chinese artist Xu Zhongnan (1873-1953). He was a member of the eight friends of zushan.

This particular plaque was at Sotheby's a year before hand with a reserve of 10k. I tried to buy it after it was passed in but the own refused all offers.

Low and behold a year later I find the very plaque with the sotheby's stickers attached at a small provincial auction. I managed to get it for $950.

Apparantly the former owner had sadly passed away. The estate did not know what it was and just disposed of it along with other items I suspect.

The second image is a example of a similar plaque sold at christies. It was a huge amount. Typically genuine ones sell for about 10-15k.