This is a new addition to my beginning collection. An Elizabeth Olsen signed from the AOL Build Studios on August 2, 2017. 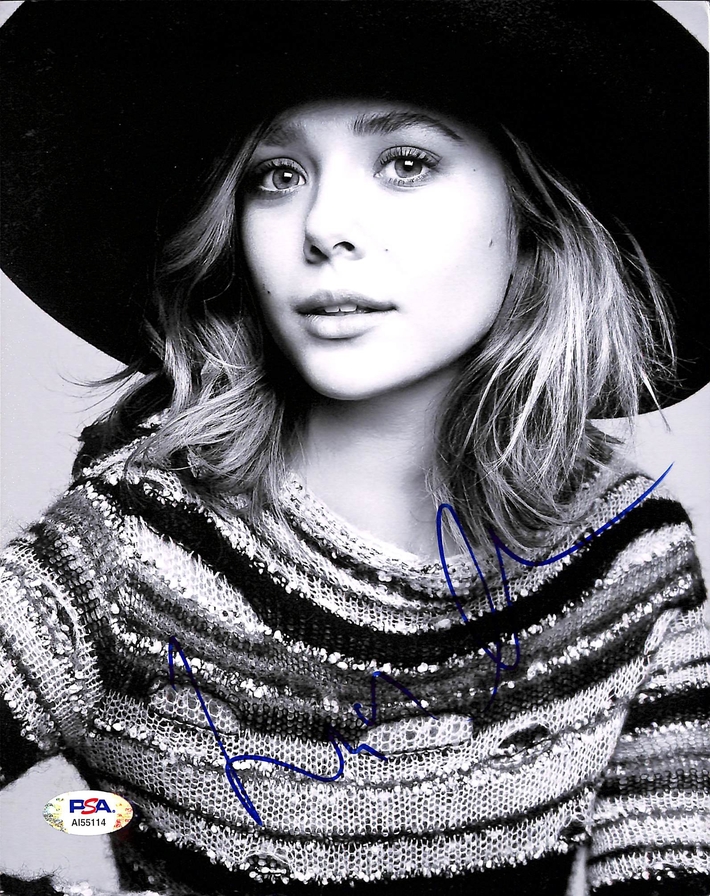 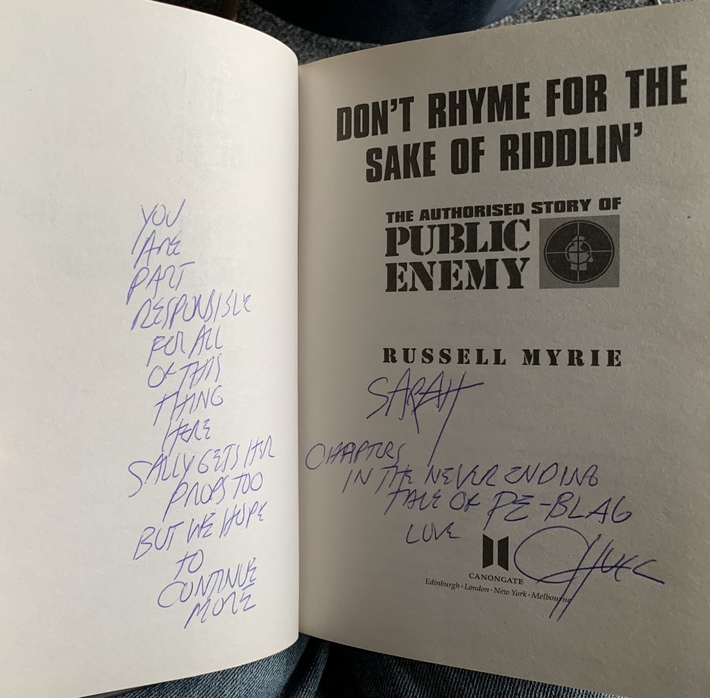 The dedication reads, “Sarah, You are part responsible for all of this thing here. Sally gets her props too, but we hope to continue more chapters in the never-ending tale of PE-Blag. Love, Chuck.”

Sarah and her twin sister, Sally, publish a music/style/culture magazine called Blag. In the 1990s, they worked both together and separately within the music industry, as well as doing some modelling work.

Sadly, the pair were involved in a serious road accident, whilst out on their bicycles in central London, in December 2021. They both sustained significant injuries to their faces and hands, which doctors predict will take 12 months to recover from.

Love association copies like this, particularly when it's addressed to the book designer or someone from the acknowledgements section.

Thanks, Rabbits.  I know you’re aware of just how rare and desirable association copies are.

This one has a lovely, warm, personal inscription from Chuck D.  I’m thrilled to add it to my collection.

Yes, absolutely -- I'd be surprised if even 1% of my collection has association ties like that. It's anathema to a lot of people, but I love such copies with long inscriptions.

May the 4th be with you!

The new top dog in my Atwood collection - one of six(!) books I had her sign during a gala in Windsor earlier this week. This is a first-printing, first Canadian edition of Handmaid's Tale 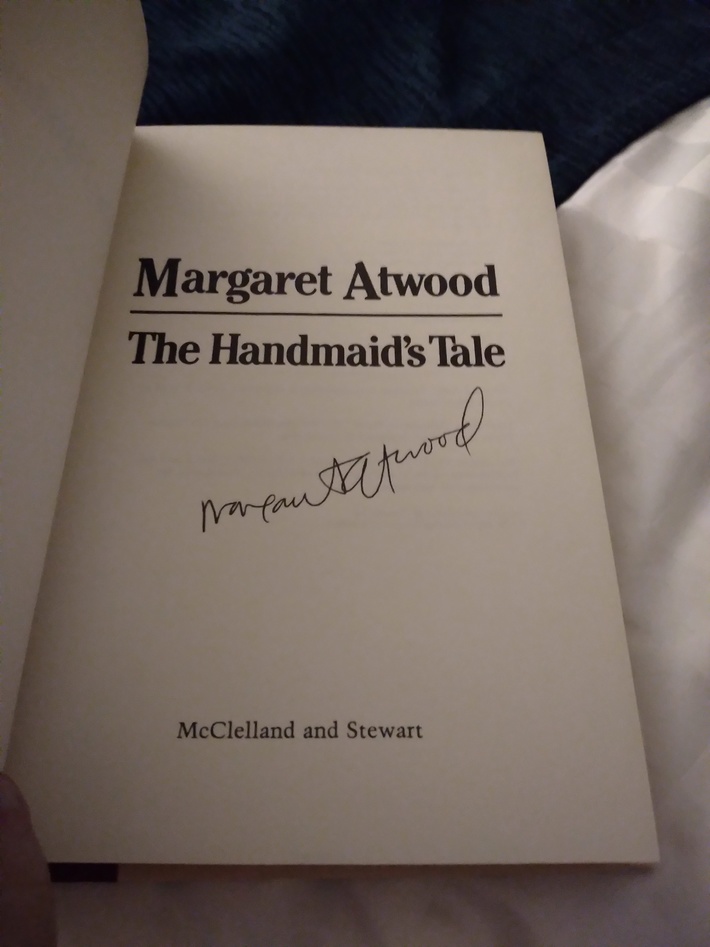 It took a slight bit of subterfuge on my part (ended up bringing the book without a dust jacket and giving it to a family member for her to sign it), but this is a definitely a big get for me, particularly in the context of the ongoing Roe v. Wade legal matters happening in the States.

I still have plans to do a blog post (or a series of blogs) talking about Ms. Atwood's different signature styles, along with different limited edition and rarer works, particularly as I've been able to source a rare "Peggy A." signature variant this year.

I feel a bit more comfortable now that I have a solid base to work from (45 signed titles spanning mid 70s - present), and will plan to discuss certain quirks (the "Maret" style, as seen above, the different eras of her signings) and take down some fakes that are currently circulating on EBay -- including an inordinate amount of signed bookplates that I believe came from a fraudster(s) using common bookplates from a Canadian print supply company. Will keep you apprised.

Wonderful stuff.  A very desirable book in its own right, but the author’s signature takes it to another level.  Congratulations on obtaining it.

New in my collection is ALICE OSEMAN, writer an creator of the graphic novels HEARTSTOPPER and the TV Show on Netflix. Luckily I bought them before the show was out on the screen, because meanwhile the signed books are rare and quite expensive. Quite a pretty signature I think. 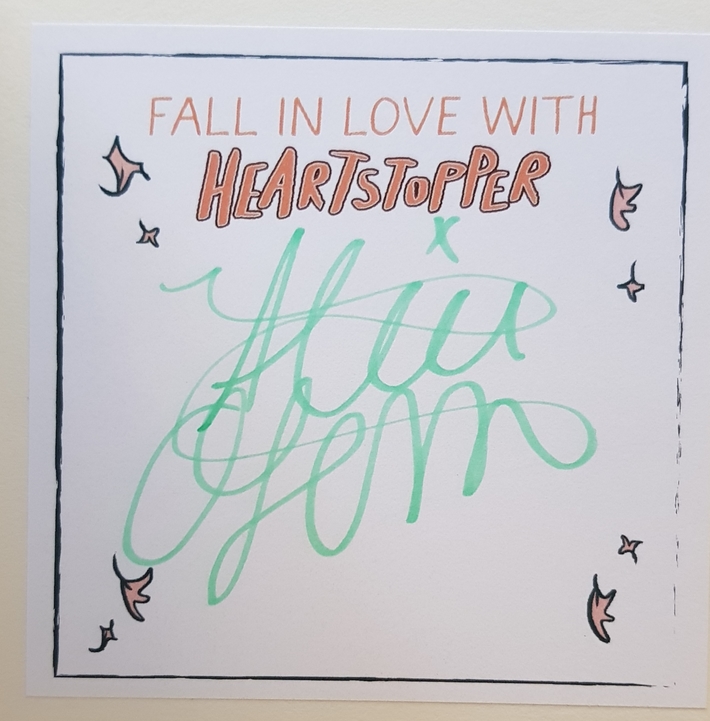 I find it always fun to check thrift stores. I've found probably fifty or sixty signed  books that way. Some are of pretty much unknown figures, but at least a few dozen are from major figures in sports, entertainment, literature and other fields. Not necessarily favorites, but still makes for an eclectic display.

This book cost me just £35 because the seller didn’t realise it is signed by Cale.  Best of all, he lives just ten miles from me, so I was able to collect it in person this morning.