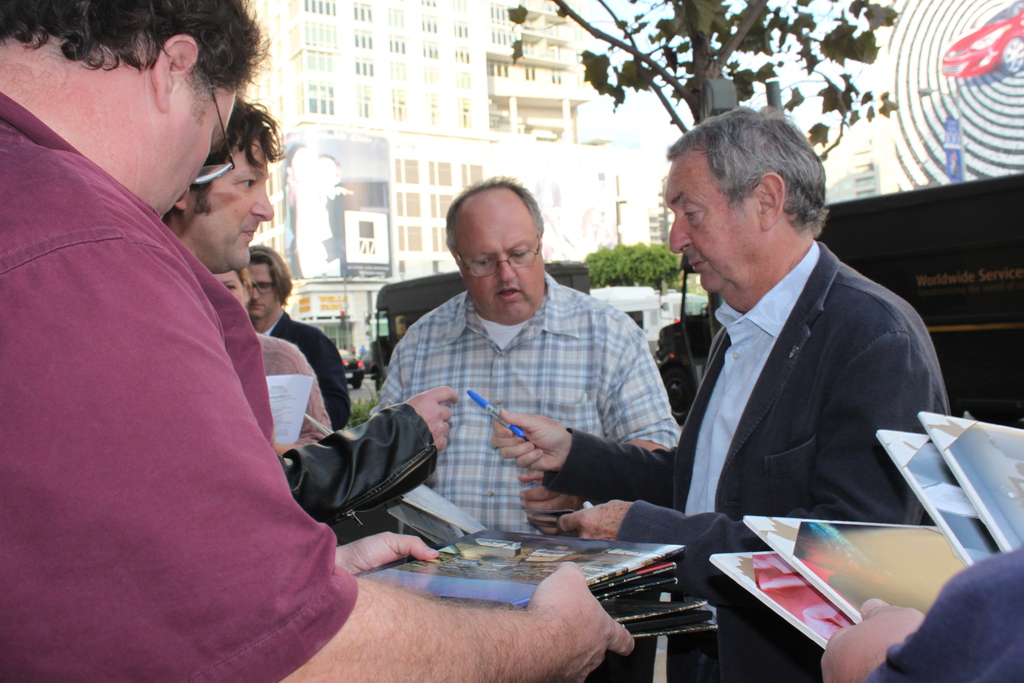 Thursday September 22, 2011, Nick Mason, drummer of Pink Floyd, did a Q&A at The Grammy Museum, to a room of about 150 fans and members.  Prior to entering, Nick stopped and signed for almost 5-10 minutes to the about 6 fans that were waiting outside.  After the conversation/questions (that lasted just over an hour) Nick signed at a table for all the attendees who wanted to get any item of choice autographed (one item only, per person).  All together, I snagged about 7 signatures from the only member of Pink Floyd, who has appeared on every album.  It was a very rare treat to hear him speak, and an even rarer chance to obtain his autograph.

Nick does not look to happy with you guys in either pic.

Comment by Stephen Duncan on September 26, 2011 at 7:38pm
Actually, he was very talkative.  Just a bad photo/moment.  He signed just about everything, everyone had......

Comment by Darren Ruskin, III on October 3, 2011 at 10:44pm
Sounds weird, but I've never been in a situation with Nick where it was very calm. The 6 or 7 times I have got him it has been a mad crush of people and I have got nothing more than the N_hump signatures on my items. I know he gives a beautiful signature sometimes (as shown here) and I have always been envious of those who get him to sign "correctly". I suppose I was just too anxious to finish my items rather than waiting for the opportune time to get him in the right situation for a nice signature. Sometimes your thought process is to get them while you can, I know I am happy I seized my opportunities with Rick Wright, rather than waiting for a time that I thought he may sign his name nicer..D