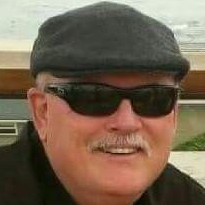 A Sean Connery in person from the 90's.

Bob Oliver has not received any gifts yet

I met Marie Callender many years ago as a deputy in California.I asked her for her pie crust recipe and also asked her to sign it.
Thursday
1 Comment 0 Likes

This is for everything Bond 007 related signed items, including Bond girls and all related personnel. See More
Nov 6, 2019
9 Comments 4 Likes

What kind of member are you? Industry professionals must use their real names and identify themselves as such. (Check as many as apply.)
Collector, Fan

What brings you to Autograph Live?
I love autographs!!

Who can we thank for telling you about Autograph Live?
Steve Cyrkin

What do you collect, or want to collect?
History/Politics, Classic Hollywood and Stage, Music, Space/Aviation/Military

Tell us more about your collection, specific areas of interest, etc.:
I collect music, vintage movie and TV.

What is your favorite autograph in your collection?
Jimmy Stewart-Harvey drawing!

Why do you collect?
The history of the signature and lots of fun

it editors and producers.  It's all editors to me.  I can add a few more details

for you.  George Boemler, standing, was an editor at MGM for about 35 years.

He was nominated for Academy Award for OKLAHOMA, 1955.  Frank Sullivan

Chertok's shorts dept. there in 1938.  So with Cotton Warburton and Jim Newcom

you've now ID'd 5 of the guys.  This was the "Cutters Alley" softball crew at MGM

Studios.  Hope this helps you to enjoy it more.  Bill Baldwin