Limited to the first 500 - only $4 through her online store.

Where does it say it's signed?

Website has been a bit weird with this. But the confirmation email noted it was signed. 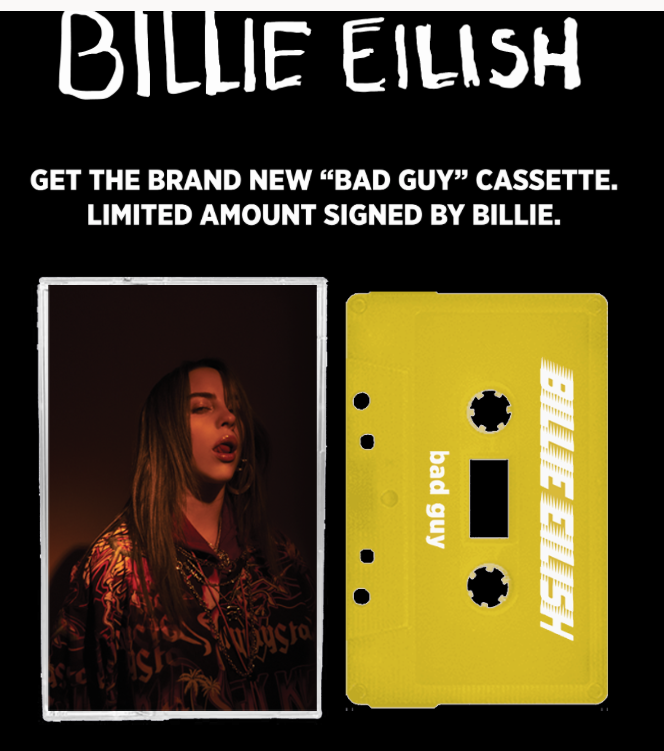 Also, thanks for the heads up :)

Should have said it before.. thanks Rich!  Really great find!

Got one thanks! Sold out now.

I agree that it should be limited to 1 per person because at only $4, most people are going to get the limit of 4 per customer.  So in reality, I bet only 125 to 200 people got them.  So a lot of real fans of hers were left empty handed, but autograph dealers will turn a nice profit when I don’t think that was probably the objective.

Despite how ugly those listings on Ebay looked, the fact that they're all at around the same price suggests maybe a limited "network" of flippers/resellers (whatever you want to call them). Keep in mind, the heads up was via fan subscribed emails, and her fan base would have been ultra quick to respond. So I'm thinking the fan vs sellers # isn't quite that grim.

Also, the people listing those on Ebay are bonafide sleazy idiots. I'm not even talking about the reselling in itself, but rather the fact that they're making assumptions about the authenticity and quality of what they're getting. Absolutely irresponsible at best. At least wait until you get it. Eilish's popularity is still on the rise and she's decidedly not a flash in the pan, so there's no argument for cashing in immediately.

Also, the bigger morons are the ones actually buying them at $100 - 150. It's a cheap cassette. It is NOT worth that. You can still find autographed posters from her earlier tours for lower prices.

I emailed the Billie Eilish store to verify that I was getting signed tapes as the email confirmation says signed but it didn't say signed on the order page. They reported that my order is not signed and I ordered just after Rich posted this so you guys may want to verify (particularly if any of you are trying to hock them on eBay already..lol).