Closing notes: It is sometimes said that Gleason's wife signed for him. She did! Marilyn Gleason, starting early, in about 1965. Gleason was married 1936-1970, 1970-1975, and 1975-1987. From what I have seen the "My Best Wishes" secretarials, which represent the overwhelming majority of signatures, start to appear on photographs from about 1975 on. The presence of this inscription does not equate with being a secretarial, but this is often the case. I also note the lack of any transitional examples of the secretarials. The little I have seen appears forged or unusual in some odd way. His authentic signature mutated slightly over the years while retaining basic elements, yet the secretarials just change violently. I have never seen the 1960's style secretarial signature shown in the composite above, whose appearance seems to correlate with his move to Miami in 1962, on anything but these small photographs from this period.

Great work and nice you could convince them

Most services don't look back and I don't know any legit ones that guarantee the authenticity of authenticity certifications except witnessed signings. Coins and unsigned cards are guaranteed for grade and authenticity but not autographs.

It’s rare that they’ll look back, but not impossible. I was able to get one item removed from the PSA/DNA database, but it was such a hassle that I’d never try it again. I was told by someone who deals with JSA that they will retract letters if they change their opinion based on research, but I haven’t seen any proof of that.

FWIW, I just learned the day before he died he changed his will, leaving his last secretary/PA (Sydell Spear) $100,000 instead of $25,000, while reducing Marilyn's portion from 1/2 to 1/3 of his estimated 10,000,000 worth. Much went to the two children from his first mariage. He excluded his son. Spear is responsiblr for the majority of "Gleason's" out there - black felt tip "To X, My Best Wishes -Jackie Gleason". Fortuntalely, her efforts bear no resemblance to the real thing. Here is a typical Sydell Spear "Gleason" on the far right, Click for larger image::

I just dug this out. I purchased this program at the event. Here is a letter sent to R.A.L.P.H.* - read the content. You'd think he would have signed this at least but no - thats a Sydell Spear "Gleason"...

*Royal Association for the Longevity and Preservation of The Honeymooners. 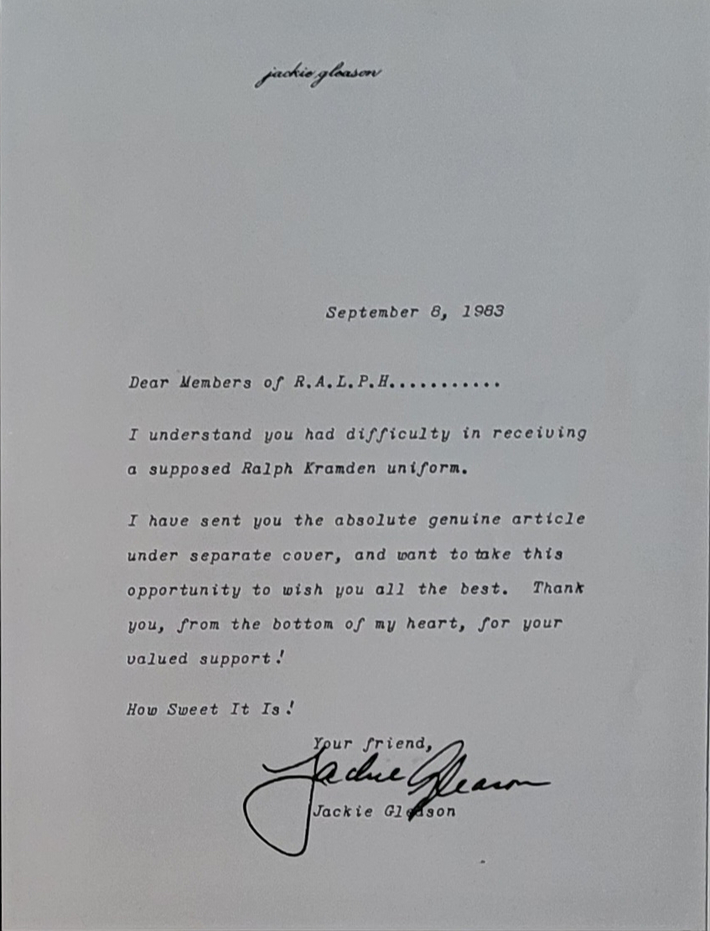 Finally, a photo of Secretary Pat Saddleman! 1/08/57 To Tell the Truth. Below are Saddleman "Gleason's": Bump for day crowd. Photo of Pat Saddleman! 1 down 2 to go (Marilyn and Sydell Spear)!

Here is a photo of Marilyn Gleason who signed for him from every now and then from C.1965 on to the eaerly seventies. Of course, the vast majority after 1970 are by Sydell Spear until his death in 1987. 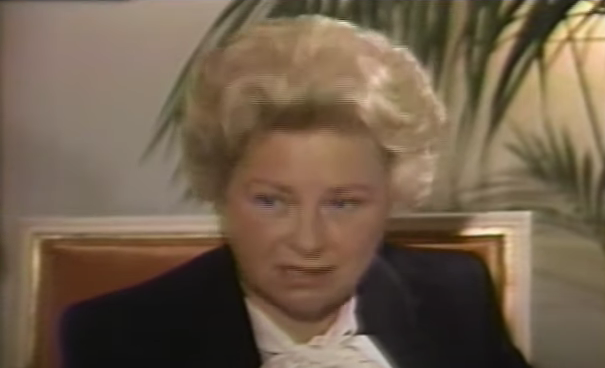 And here is her "Gleason":