Paul first name only does it look ok to you guys? 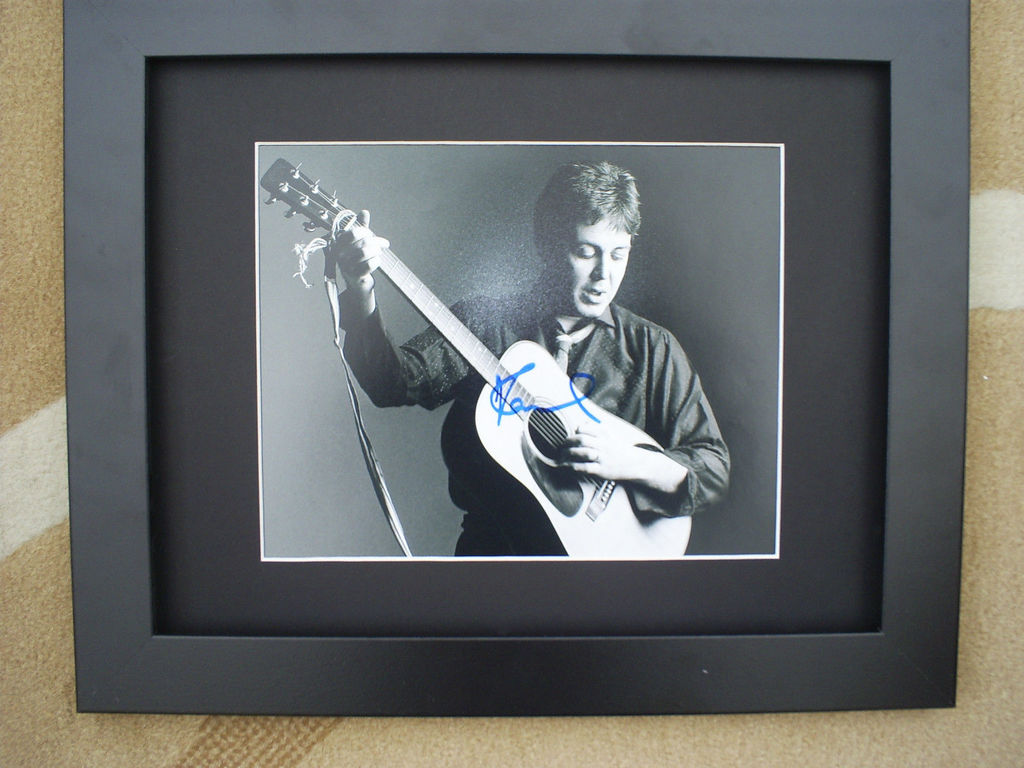 was obtained in person. I know it is very hard to make a call on just a paul signature so I wanted to ask if it looks right and is atleast likely authentic. Thanks so much for the help

I had Roger tell me no good on this one.

I wouldn't buy it. I've seen a couple similar to this one a while back from a reliable dealer in the UK, but with the kind of 'P' that we're much more used to seeing these days. Both had the same strange triangular 'L' this one has. I don't recall if he said he got them in person himself or bought them, but in any case, I think it's too sloppy to certify or own...even if you saw it signed in front of you.

Thanks for the replies Guy's hoping to here a few more thoughts since it came from a member of the forum here and want to give him the benfit of the doubt first. I got it at a pretty good price and wanted to frame it with a nicer paul I already own

I think Garry King of Autographica had one of these as well, but with a better P. Maybe he can give you some insight.

Here are a few to consider: Hi Steven and the rest of you guys!

I actually think this has a good chance of being real! I normally doesn´t give my opinion regarding the authencity of autographs on this site because frankly, I´m no good at it...

But if you compare this one on the top to the one I own I think it has a lot of similarities: the first P, the following "A", the little "bump" afterwards and the finishing "L". Here´s mine: I bought mine directly from Jason Thanos (Hollywood Autographs) and I trust him 100% regarding the authencity. It were signed may 23 2012, in London.

And I know it´s sloppy, but it´s signed on a Beatles photo (which I think is a little more difficult nowadays to get Paul to sign), I got it for a great price and it comes from the best in-person collector in the world (according to me) so I bought it anyway... :-)

And as I said, I´m far from being an expert. Just thought I should give my opinion!

Permalink Reply by Steve Cyrkin, Admin on December 10, 2014 at 9:35pm
Boy, your P is identical to Steve's. 2012 is when I first recall seeing these, and only in the UK. They're so odd I thought they were for sure bad at first...and that's with the better P. Looks like Paul signs a bit sloppy these days on his home turf.

Can I ask how much you paid, Jan?

Permalink Reply by Cogo on December 10, 2014 at 9:50pm
No problem Steve my friend! I paid just over $200 for this, including insured shipping from the UK to Sweden.

And I'm ok with that price, considering the "provenance" and that it's on a Beatles photo.

Permalink Reply by Steve Cyrkin, Admin on December 10, 2014 at 10:21pm
Thanks, Jan. I think that $200 was a very fair price for it, since the source is one I trust. That's a third or less of what a decent one would bring.

that is a great price for any style of Paul signature.  and I also believe the one in the subject has a high likelihood of being authentic.

An amazing deal Jan, nice one