And here is the “proof photo.” As you can plainly see, Whitey Ford is the first one to add his signature to the photos. No one else has signed the photos yet. 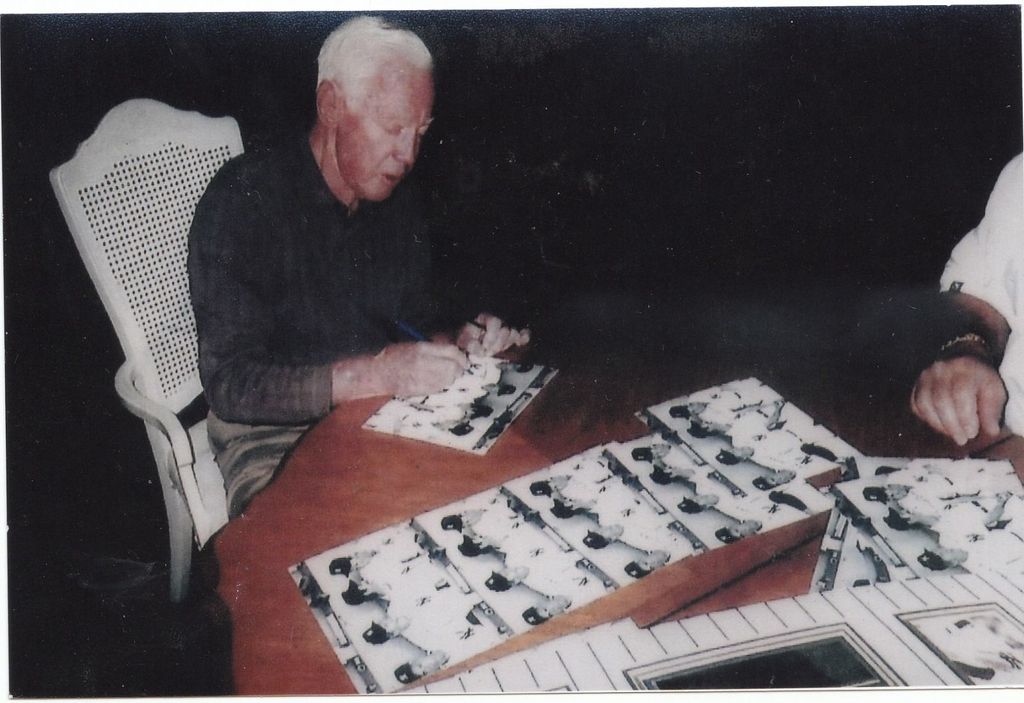 Now let’s do the math.

Yet, the “proof photo” clearly shows an aged Whitey Ford who is at least in his 70s! Click here to see photos of Ford at a 1989 fantasy camp, the year Martin died. Ford is younger, significantly heavier and more robust than the thinner and more frail looking Ford shown in the signing photograph.

When Ford was the age portrayed in the photo, Martin was deceased. How could Martin have possibly signed these?!? He couldn't!

Comment by Steve Zarelli on August 4, 2016 at 4:39pm
No worries! :-) There is room for all types of collecting... Just not crooked sellers and their rotten fakes!

I can't count the number of times on Ebay observing dozsens of Ebay dirtbags using the same photo of either Mantle or DiMaggio as their "Proof of signing."