If anyone was able to snag one of these and has an extra let me know! Appreciate all of you!

There used to be a greeting card available all summer for $15. Good chance there will be more at some point

Cool - saw them like 15 years ago , would be nice to add to my collection! I’ll stay tuned

I bought it last year and will post a photo soon-ish! :-)

Mine just shipped out

I just received these today. It would have been nice if Merchbar had not described these as "Exclusive Sum 41 designed greeting card, signed by each member of the band", and instead let us know that we were going to be receiving a greeting card with the band member signatures being part of the card. The signatures are actually just part of the printing on the card itself. I got two and they are identical to each other as well as identical to the one shown on the Merchbar listing.

The ones last year were actually signed. But they also cost more.

These are the two that I got a couple days ago…both are hand signed but the cards say 2020! 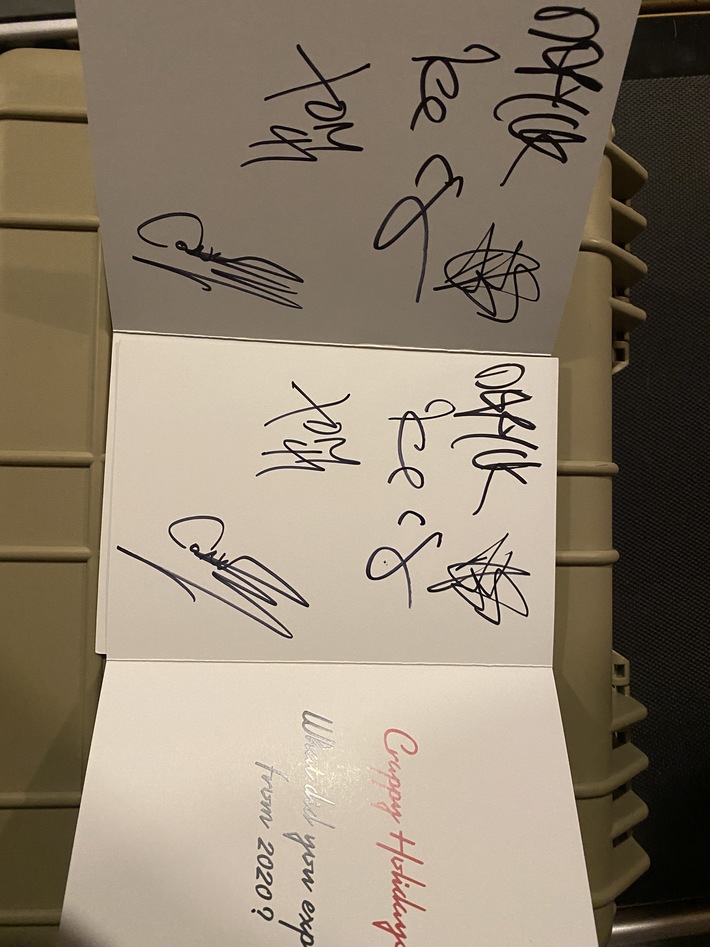 I just received three of these....all with identical signatures. Either pre-printed or stamps I assume.