Majority of my collection are signed books so I really appreciate your posting this. Congratulations on your great find.

Thank you -- I've always found Trudeau books (both that of P.E.T. and his family) to be very interesting to collect signatures for. For a time from the 70s and 80s, there was an entire cottage industry based around nothing but Trudeau books, though P.E.T. himself only directly wrote (or co-wrote) four books in the 90's: Towards a Just Society, Memoirs, Against the Current, The Canadian Way and The Essential Trudeau. Of those, I have two signed by him, as well as two pieces of ephemera and several books signed by Margaret and Justin Trudeau.

I had initially thought about trying for a "complete" Trudeau collection, and it's still percolating in the back of my mind, but there's so much work associated with him (like Margaret Atwood, another writer whose signed works I'm collecting) that it will likely be years before I can get anywhere close to a complete collection of his direct works.

Just picked up this signed 1977 tour program from Queen. Got it from the original owner that obtained the autographs in 1977. I’m new to the forum, but I’ve been collecting autographs since the late 1970s.  I started with U.K. sports stars, but quickly moved into my true passion, which is music.  For fun, I also collect signed books, which I often find for very little in charity shops (thrift stores).

Anyway, I wanted to share my latest acquisition with you.  This Bob Dylan art book is one of only 12 signed copies made available during Dylan’s 80th birthday week by the National Portrait Gallery, London.  It cost GBP £500, which, as I’m sure you’re aware, is a bargain for a signed Dylan piece with impeccable provenance.

It’s not my first Dylan, but it was a nice, unexpected surprise.

I also own one of his signed giclée prints: 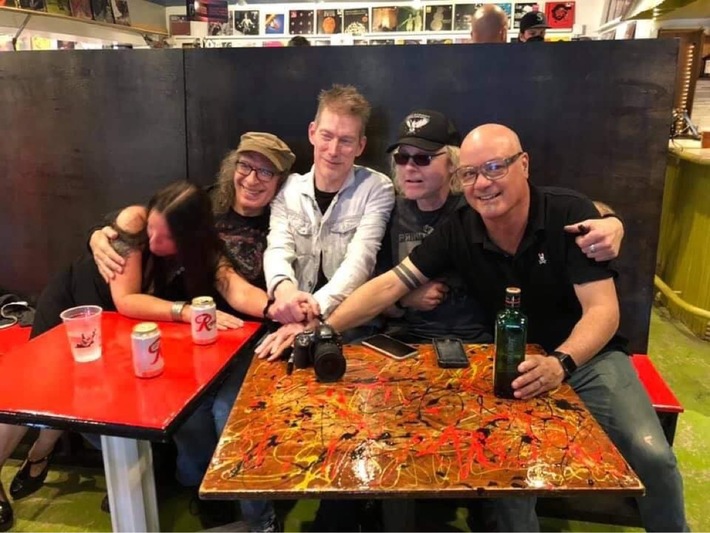 Picture postcard sent from drummer Moe (Maureen) Tucker to guitarist Sterling Morrison, both of The Velvet Underground, dated 5 June 1991.  Moe was on a solo tour of Europe at the time, whilst Sterling was working as a tugboat captain in Houston, TX.  The postcard predates the Velvets’ reunion by 18 months or so.

I bought this not so much for Moe’s autograph, but because it’s an interesting piece of memorabilia from one band member to another.  Sterling would join Moe’s band for another European tour the following spring — his first touring experience since his Velvets days.  Baby steps toward the 1993 reunion, and this postcard is part of that journey.