Could it be real... as in they know what they are doing?

Of course, it would be nice to know what the procedures for determining non-authentic are..

Since it's headed up by Steve Rocchi could there be another player in town?;

Since it stands for Guaranteed Forensic Authenticators (GFA). and so long as we keep certain FDE's out of it - wouldn't it be nice.

Permalink Reply by Steve Cyrkin, Admin on September 5, 2017 at 8:11pm
That's the only reason they cut ties?

Permalink Reply by Rick Meyer on September 5, 2017 at 8:46pm
Only reason they ever publicly stated Steve. I posted the article about it on page 9 of this thread a couple years ago. Here it is again:


The Army and Air Force Exchange Service has severed relations with its auction site, At Auction, which had been linked to the official Exchange Online Mall on shopmyexchange.com.

Previous customers are still getting emails from the auction company, labeled — as before — “Exchange Auctions,” and they may not know AAFES no longer uses the company. Those addresses were collected through the third-party company, At Auction, not through AAFES.

AAFES took action because of the company’s “failure to comply with commission payment requirements and shipping charges that were not fair, reasonable and in line with industry standards,” said AAFES spokesman Judd Anstey.

But the website for the auction still exists, using www.military.exchangeauctions.com as its URL and “exchange” in its logo.

“We own that site,” said At Auction’s president, John House. “We created it as Exchange Auction, and have the right to continue.”

House said AAFES terminated the contract Feb. 27 without cause, and did not offer an explanation until later.

He acknowledged that At Auction was behind on a commission payment, which he said was sent. The company also provided an analysis of shipping rates for other online auction companies that showed “we’re right in line with their rates,” House said.

AAFES received 132 complaints about At Auction from 2008 through March 1 of this year, out of roughly 600,000 items shipped over that time.

House said business on the site has steadily declined since it was removed from the mall, but “we have a lot of customers who continue to shop there. We have a 100 percent satisfaction guarantee. Customers can give us a call and we’ll take care of it.”

As of June 10, the site still listed the Army and Air Force Exchange Service as a client.

Anstey said AAFES has formally and informally notified At Auction multiple times of the unauthorized use of exchange trademarks.

John Martin, a retired Navy master chief, said he found the site through an Internet search. Thinking it was connected to the military exchanges, he bid on a vacation package, and was surprised by more than $200 in extra fees.

“I could’ve gotten the same room at Travelocity cheaper,” he said.

House said the vacation packages up for bid clearly state the fees and conditions.

Micheal Shore, who was medically retired from the Air Force in 1991, said he has been an At Auction customer for years and has spent thousands of dollars on bids.

“I have nothing but positive things to say about At Auction,” Shore said. “If they don’t reinstate At Auction, I will personally go visit the director of AAFES.”

Permalink Reply by Rick Meyer on September 5, 2017 at 8:51pm
I sent in close to that number of complaints myself. The 132 they claim in this article is way to low. Not true.

Really so infuriating what they were doing to soldiers.

Permalink Reply by Rick Meyer on September 5, 2017 at 9:14pm
Yeah I think folks should have went to jail over it. AAFES and the military exchanges are all garbage. They knowingly sold out our military men and women to make a buck.

Only bright spot in the whole mess is the work that was done here. I honestly believe this site was instrumental and the main player in helping to save our military members hundreds of thousands of dollars in autograph forgeries. AAFES gave the forgery pushers AtAuction a huge brand to partner with and this fake credibility allowed for an easy platform to sell thousands of forgeries. It could have been much worse.

We found out about it because of you.

yeah, imagine you are a soldier stations thousand of mile from home-and to help ease the situation you get a Mantle signature-one of history's greats-and then you find it is fake!

Permalink Reply by Christopher Williams on September 6, 2017 at 3:03pm

Yep, Mr. Rick Meyer was instrumental in getting all of this started.

IS THIS COMPANY / AUTHENTICATION LETTER GOOD OR CRAP THANKS , WHO KNOWS THESE PEOPLE AND DOES THE ITIEM NEED TO BE DOUBLE CHECKED 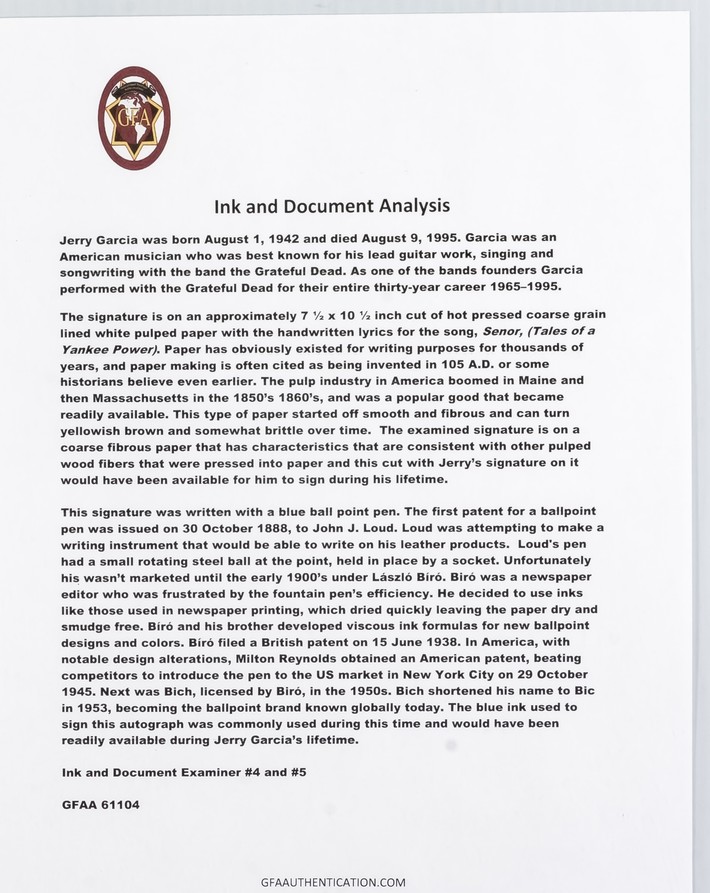 That letter is garbage. I would have whatever they touched, if they even touched it relooked by a more reputable source.

thats what i thought .

Marc, I have posted hundreds of threads on Rocchi and Guaranteed Fake Autographs (GFA) and have yet to observe one authentic autograph with their COA.

Here are links to just a few that are revealing.