The following signed copies of High In the Clouds are in my opinion examples of a forgery style which, with one exception that I’m aware of, only appears in the U.K. version of the book. 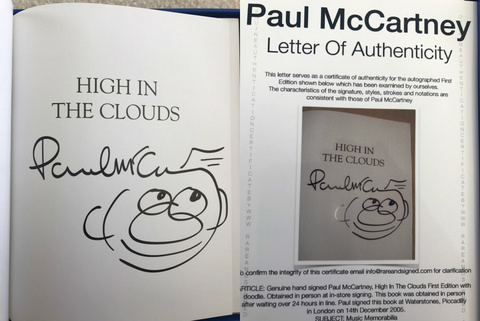 and another from eBay seller debbieh49122 (see below for a "signed" Wingspan from this seller). This one sold for a Best Offer price of 99 GBP (approximately $128.43) The first example below was listed by eBay seller welcome2myhome1 with an asking price of $624.99 OBO (see below for the “signed” Ecce Cor Meum CD from this seller). Strangely, the listing was ended and it was immediately listed for sale by eBay seller iamwhoiam102 for $629.99 OBO. It sold for $540 on 10/6/19. eBay seller iamwhoiam102 then listed the second example below with an asking price of $629.99 OBO, but ended the listing shortly thereafter. It was then listed by eBay seller welcome2myhome1, and sold for $600 on 10/7/19. This is the only instance I’ve seen of this forgery style in the US version of High In the Clouds. 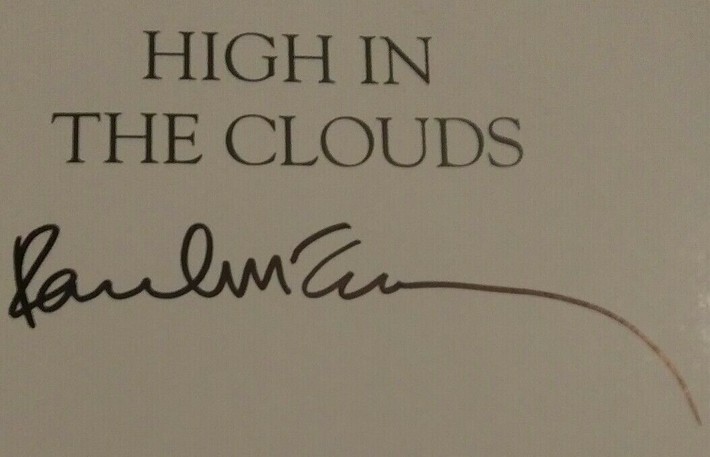 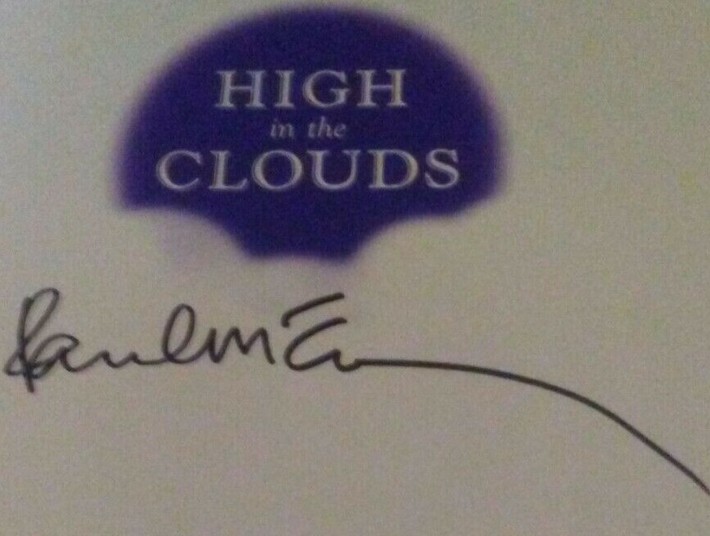 This one was purchased and then returned for a refund. 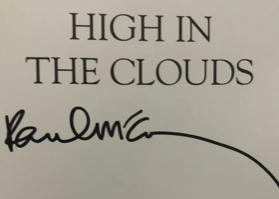 Now for comparison, the following clearly authentic examples are said to have been signed on 12/14/05, which is the same date given as provenance for the top left and top right examples at the beginning of this discussion. 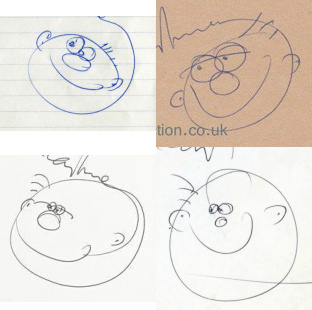 The signature style shown at the beginning of this discussion also appears on various other items as shown below. According to the provenance given to the buyer of the Ecce Cor Meum CD pictured above, Macca allegedly signed it and the following High In the Clouds book on November 22, 2006. Both items were sold together. In January of 2021, the book was listed on eBay by seller masterprints4 and was subsequently removed from sale by eBay. 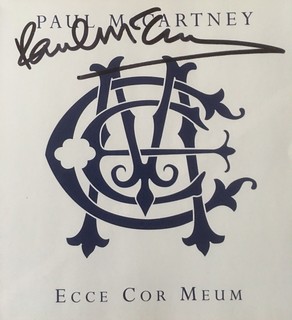 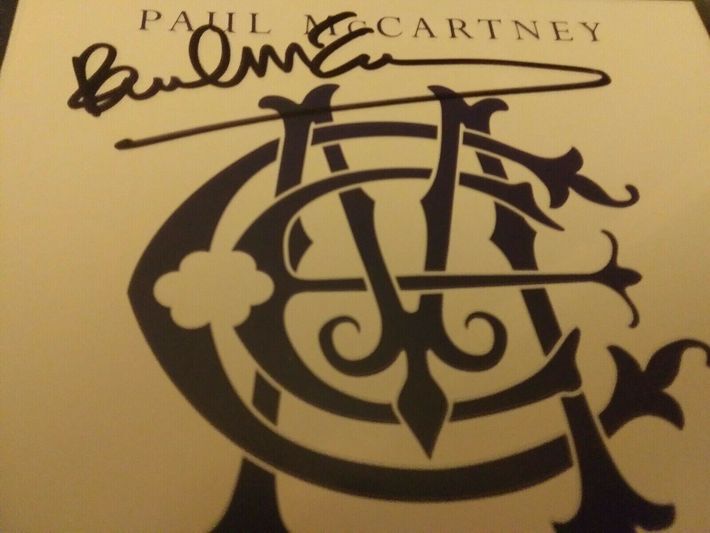 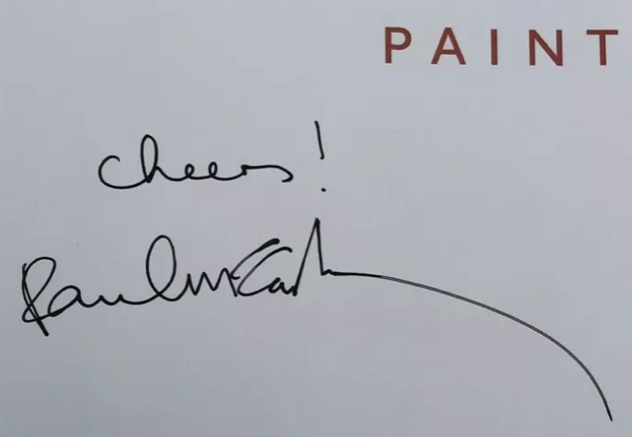 This auction is for a ukulele signed by Paul McCartney. The signature was obtained at the Electric Ballroom in Camden, London on the 7th June 2007. This was a one off intimate gig, playing to mainly guests and competition winners and was partly to promote the release of Paul McCartney's album, Memory Almost Full.

This item was obtained by myself in 2010 in a charity auction, included is the letter of provenance that accompanied the ukulele as well as the wristband required to be worn by all in attendance at the gig.

This ukulele was subsequently offered for sale by another eBay seller, but that listing apparently was removed by eBay. It later turned up at a prominent auction house where it was removed from sale prior to the end of the auction. It was eventually sold at auction by Gotta Have Rock and Roll for $3,220 including buyer's premium.

This was also sold by the original seller of the above signed ukulele: Here for auction is the 2 CD deluxe limited edition album Memory Almost Full, signed by Paul McCartney. This was signed at the London Roundhouse on October 25th 2007 where Paul McCartney was performing an intimate gig as part of the BBC Electric Proms. This item in truly mint condition, Paul McCartney has signed in silver pen and inscribed "Cheers" with his signature as well as adding a doodle of a smiling face.
I obtained this item at a charity auction in 2008, since then I have kept it in a safe, as best as to my knowledge the two discs have never been played, certainly not while its been in my possession and I was assured not prior.
This came with a letter about the signing and the wristband from the event that was removed without needing to be clipped as seen in the pictures provided here. I am including the letter and wristband in the auction for your provenance. Paul McCartney Signed With Sketch Ukulele/Small Guitar PLEASE NOTE I AM RELISTING THIS ITEM DUE A NON PAYING WINNER, NON PAYING WINNERS WILL BE REPORTED TO EBAY – ONLY SERIOUS BIDDERS ONLY, THANK YOU

Here for auction is a small guitar/ukulele signed by Paul McCartney.

The signature was obtained at the Virgin Megastore in Piccadilly London on the 22 nd November 2006, where McCartney was conducting a signing event to promote the dual release of his DVD The Space Within Us and his classical album Ecce Cor Meum.

This guitar was taken in the hope of being signed, despite instruction that McCartney would only be signing the aforementioned items. The guitar was removed by stringent security, however they passed on the request to Paul McCartney who very kindly obliged, and also added a sketch of a smiling face to his signature.

Included in this auction for your provenance is the blue wristband that was issued to those who were priority guests as well as an instructional slip of paper.

Yet another example of the same signature style and face doodle was offered by RR Auction in their auction ending 6/13/18. It sold on eBay the previous March for 295 GBP (around $400) by eBay seller debbieh49122. It was later trimmed (removing the "To Sam" dedication) and offered by Iconic Auctions in their auction ending 8/4/18 as an "album page" with a full LOA from Beckett Authentication Services. 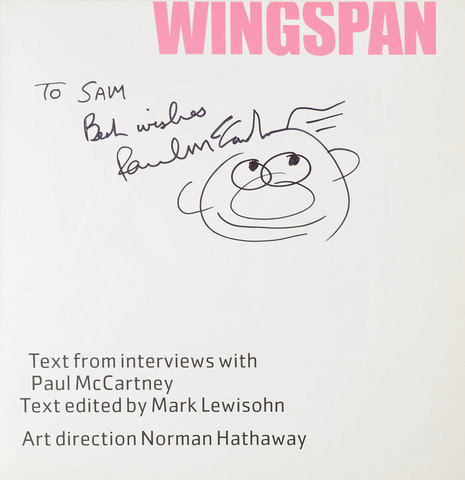 The following copies of Hey Grandude! sold on eBay for less than 250 GBP each in April of 2020. 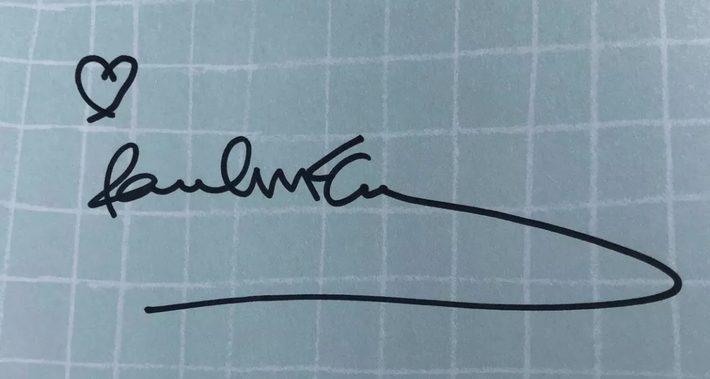 The top left example sold for only 122 GBP on eBay back in '08. It was described as having been signed on 12/14/05, which is the same date that Rare and Signed uses as provenance for some of their signed copies. I couldn't find any others from that exact date, but here's one that is said to have been signed on 12/2. In my opinion, the signature is clearly authentic. 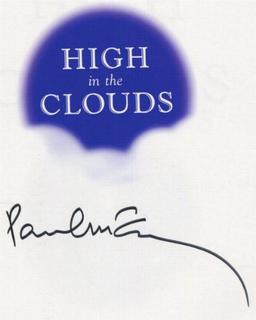 this one is authentic, Ballroom

Permalink Reply by James on July 11, 2015 at 4:36pm
Here is one I have. It's authenticated by JSA for what it's worth.
Attachments: No photo uploads here