Baseball Hall Of Famer and all around great guy Duke Snider passed away today !!

Just added this autograph William T.Sherman calling card to my collection, I feel confident in its authenticity and are very happy with it. Any authenticity comments on it. Thanks… 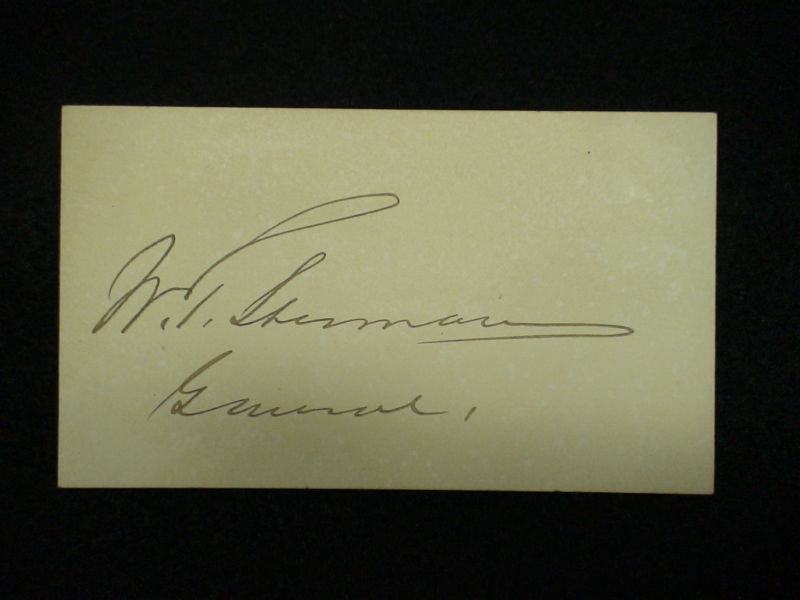 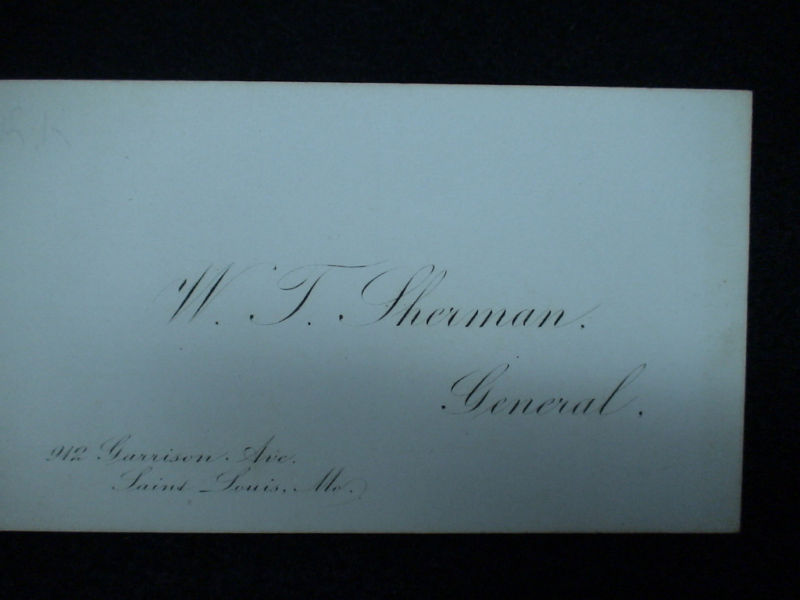 I was watching one of those Antique Roadshows type of reality shows. It deals with people that go to storage units and buy them at auctions (the ones that people abandon). They often find autograph stuff in those.

They found what was claimed to be a "First edition" copy of Gone With the Wind, signed by the author. They had it checked, it was deemed to be a forgery. And the book wasn't "first edition."

(the Nazi handbook they had was real, and sold for around a thousand…

Looking for a signed receipt from Yasgurs farm signed by Max Yasgur . Can anybody help me out?

In a few weeks, I'm on television with my collection !!!

The people from the TV have make there reportage at my home this afternoon !!! Check out the guests, programs, autographs and more at this show!

I will be there to cover it.

WW2 STORY FROM THE UNITED KINGDOM

I have a photograph signed by Humphrey Bogart that I wish to sell but I thought it might be a good item for a Blog in Autograph Magazine.

During the 1939/45 war American soldiers were stationed in a camp near to our home in the U.K., as a young boy I vividly remember tanks rolling down our street and me vowing that one day I would own my own ‘jeep’, which all British kids thought were terrific ~ unfortunately this never came to pass and I think I am a little too old…

Michael Jackson signed Bad album - Is it genuine or not? Did anyone see that cute little boy that appeared on The View?

He had been picked on by bullies at school and he got someone to video it. Not sure what happened to the kids doing the bullying, but this kid ended up being on a lot of shows to talk about it.

One of those shows was THE VIEW, and Whoopi Goldberg brought out four or five players -- including DeSean Jackson, the kids favorite player. His face looked shocked with surprise, then he started crying. And…

I saw some documents recently authenticating some Rock memorabilia from a company in Florida called S.A.A.S that was dated in the late 90's. The examiner that signed them was T. Emerson Yates and although I was told he is no longer doing this (deceased possibly?) , I was wondering if anyone has any information regarding him or his company. I have tried searching the net with no luck. One person told me his son had taken over the company and possibly relocated. Any feedback would be appreciated.… Continue

Are autographs from crowd-funding campaigns the 'penny stocks' of autograph collecting?

Crowd-fundraising websites Indiegogo.com and Kickstarter.com are bringing filmmakers and fans together to make independent films happen and most of the filmmakers are offering autographed movie posters and photos in exchange for donations, which I'm also doing for my Ghostman movie. But 99.9% of the actors and directors are unknown so the autographs aren't even worth the value of the donation. So I think…