Hey all.  This is my first major submission to an authentication company called "MEARS" and would like to know if anyone has had experience with them.  Also, a general question, if an item fails a company's evaluation, are you entitled for a refund or  are you stuck with it?  I ask this because one of the items I am interested in selling costs $200 for an evaluation and a loss of $200 if it is deemed not authentic would be a huge blow.  Thanks in advance for your time. -Mike

Hey all.  This is my first major submission to an authentication company called "MEARS" and would like to know if anyone has had experience with them.  Also, a general question, if an item fails a company's evaluation, are you entitled for a refund or  are you stuck with it?  I ask this because one of the items I am interested in selling costs $200 for an evaluation and a loss of $200 if it is deemed not authentic would be a huge blow.  Thanks in advance for your time. -Mike

The Montser Mania Convention will be at the Hunt Valley Marriott here in Baltimore this upcoming weekend of June 3-5th!

The guest line-up is great, and everyone will be signing autographs!

Hope to see you all there.

Tonight at New York's historic Beacon Theatre, a special benefit concert was held in honor of peace activist Wavy Gravy's 75th birthday. An eclectic mix of rock, folk, and blues icons performed in celebration. Naturally, this show presented many opportunities to obtain autographs from the performers.

I arrived at the Beacon around 1:30, right as some of the performers were conducting their sound checks. One of the first notable figures I saw was the birthday celebrant himself. Wavy…

Just on Yahoo, Jeff Conaway passed away , and Also Margo Dydek  pro WNBA superstar died of a heart attack at the age 37

Just this morning I noticed an outfit called Power Collectibles is offering MLB authenticated Cal Ripken baseballs for half price.....$139 each.

Although I have little interest in modern sports autographs, I find this offering interesting, especially when a quantity is offered and guaranteed.

Here is the lonk:

Did he sign autographs and what are they worth today?  My kids used to love him and I'd have to take them to the area and watch wrestling.  Andre was my personal favorite.

have an enquiry regarding two GENESIS books Songs of George Harrison Vol. 1 and Vol. 2 and hope that in this blog are some experts which have similar books and more experiences.

It's wellknown that both books are limited to 2,500 items with arab numerals but....

Vol. 1 has the low number VII in roman numerals and behind the numbered and signed page is another page reading that there are only 250 items extra for review purposes.

Is it possible or does…

I was just pulling thru some information on one of the blogs and came across this.

Felt it should be deserving of it's own blog.  Any Updates?

WHERE WOULD I SELL IN VEGAS OR ELSE WHERE A COLLECTION OF DOTTIE WEST MORE THEN 40 BOOKS SIGN BY HER ALONE WHIT MANY GREETING CARDS AND OTHER PERSONAL BELOGNIGS? THANKS

You can read my Tony Stewart autograph blog here:  http://news.gomotorbids.com/

As always, enjoyand let me know if you have any questions.

MICKEY MANTLE AUTHENTIC EXEMPLARS... READ ALL ABOUT IT!

I just wanted to post these here to see what Fudd the Lowly Mantle Collector can do to help stop the flood of forgeries into the market place. The goal is that we can all start educating ourselves before we buy. To see what a beautiful signature the Mick had, and to learn to distinguish it from the obvious forgeries at first glance. Something TTA, STAT, DREW MAX, GAI GLOBAL (Baker certs) My Favorite Players Reborn (Tony…

We talk so much on these forums about all the fake autographs that are currently in circulation (as we should). However, please know that this is another RECORD YEAR for conventions, book signings, and so many in person personal appearances all in the name of real autographs that are indeed alive, well and thriving.

Through our friendship and professional association over these many years, I owe the success of my Beatles autograph business to Frank Caiazzo. His passion, integrity, loyalty and fortitude has had a most positive and gratifying influence on me. There is no one better in his field. There is no better friend. Congratulatons Frank ... on your new association with R&R Auctions !

My second blog post and to think I never thought I'd write even one, but I did and really enjoyed it too.

I stated in my first blog that I was just getting back into collecting autographs after about 8 years.  During my first round of collecting, which lasted about 2 years, I focused on obtaining autographs for my wife who was turning the big…

I interviewed Delores Fuller many years ago at the Chiller Convention, and she was wonderful.

She signed quite a few items for me that day as well, and she loved attending conventions , meeting and autographing for fans.

Here is an obit.

Spare me please while I get you a tissue for all your sob/sob stories of how you are tired of being chased, pursued, hounded, bothered, threatened, harassed, embarrassed, from all those folks that ask you for your signature whenever you stick your nose out your front door for anything from going for coffee or a meal  to letting…

In the summer of 2007, American Royal Arts sued Frank Caiazzo. The leading Beatles autograph expert, Caiazzo had given his opinion that a "Revolver" album [pictured] that ARA sold as signed by the Beatles was a forgery. It was considered a battle of good versus evil by many of us in the autograph hobby. 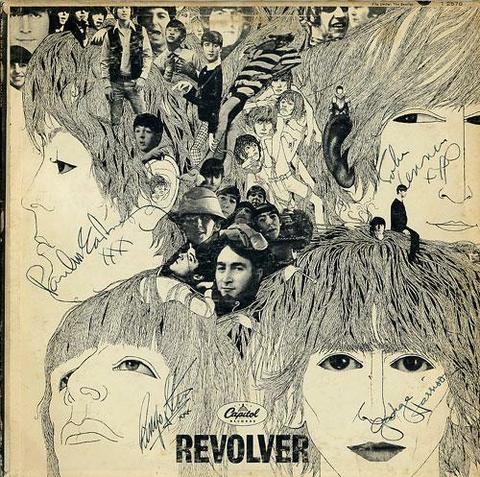 ARA's lawsuit against Caiazzo probably didn't work out as its…

TTA .....Ted Taylor Authentic ANY INFO ON THIS COMPANY

Seen a add in Sports Collectors Digest about a autograph authenticator TTA out of PA does anybody have any info on this company the owner is Ted Taylor, I have never herd of them the add says they been around for about 15 years and I been a  collector for 20 years .