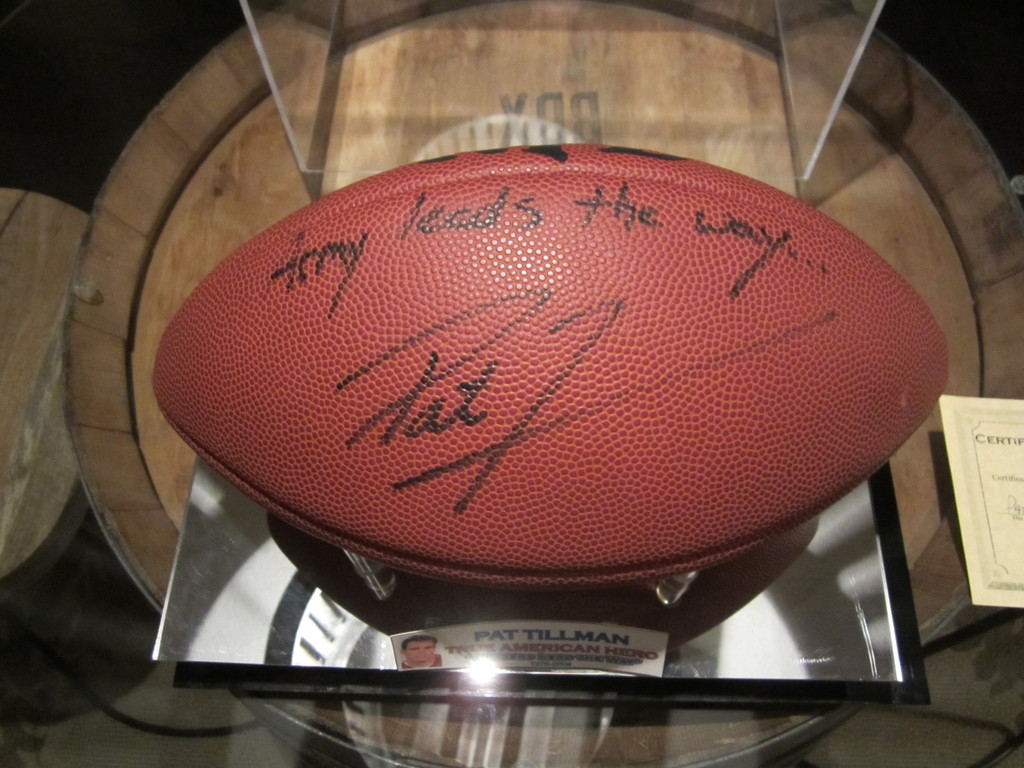 Your Honor...I just have one more question for the defendant: "Can I have your autograph?"

I didn’t think it was possible for me to do another blog about Jodi Arias, but here it goes. Since the last time I talked about people buying her paintings of famous people (Lucille Ball, Marilyn Monroe), now it’s time to give some love to the other side – prosecutor Juan Martinez.

All over CNN and Headline News today, I kept hearing this story. Perhaps they’ve grown tired of playing the same clips over and over again. Anyway, the story was about how outside Maricopa…

About 33 years ago, me and some friends decided to build a little KISS stage and put on a real live concert in my hometown of St. Stephen, South Carolina.  Through a mutual friend, I sent some pictures of the show to Gene Simmons and this 8x10 is what I got in return.  I kept it a while then sold it in the mid 80's.  I've decided to search for it and try to bring it home.  If you have it or have seen it or knows who has it, please get it touch and I will be forever grateful.  I will…

This Mickey Mantle forgery is listed by EBay seller stevejenn8409.

EBay seller stevejenn8409 is using a photograph of a Steiner COA in an attempt to sell a Mickey Mantle forgery.…

Here's another Derek Jeter forgery with a GAI cert.

This Derek Jeter forgery is listed by Ebay seller chinadoll1011.…

This Mickey Mantle forgery is listed by EBay seller outfront51.

COA from Chris "I Never Saw An Autograph I Didn't Like" Morales.

Chris Morales, who calls himself a "Forensic Investigator," is on Ebay's Banned COA list.

This is a typical Mickey Mantle forgery that is listed by a EBay seller (outfront51) who knows ZERO about autographs.…

This Mickey Mantle forgery is listed by EBay seller stevd0818.

This is the typical Mickey Mantle "Florida" forgery.

According to EBay seller stevd0818, he bought it at a estate sale.  The majority of this "Florida" forgeries are sold at estate sales, charity auctions, local auctions, Proxibid, AuctionZip, etc.

They are sold to buyers to know ZERO about autographs.  These forgeries are…

To Blog or not to Blog.... that is the question.

I thought I'd introduce myself, my name is Wascher and I've been helping Steve moderate posts on the AML site here for a little over a month, as he has taken on some other responsibilities at this time and isn't always available.

We were talking today about the individual BLOG posts coming in that have one ebay seller and their forged item and we've decided together that we think that those types of posts would be better placed into the DISCUSSIONS areas, instead of in…

All of these Mickey Mantle, Joe DiMaggio, etc., forgeries are all listed by Ebay seller great_lakes_auction house.

These are all of your typical "Florida" forgeries.

The following COAs are all related and from the same source:  YMC Sports, Myst-O-Graph, My Favorite Players, Nicholas Burczyk and others.…

I had to give this one its own thread.

It's a Mickey Mantle forgery on a baseball with the inscription "536 Hrs."

This Mickey Mantle forgery is listed by EBay seller rraandy.

With two hours to go, the bidding is up to $399.00 for this ugly and horrific Mickey Mantle forgery listed by Ebay seller rraandy.…

Are the Beach Boys signed pictures from their meet and greets last year real?

Ryan Gosling's Jacket -- You Can Own It! Some autograph collectors only want signed memorabilia. There’s nothing wrong with 8x10s signed by your favorite actor, but they’re a dime a dozen. You can go into Pink’s and buy a hot dog, and looking at a wall full of signed pictures.

A script signed by your favorite TV show, or cast members of a movie you like, is a lot more interesting. To me, a step above…

I have a couple of items that I want authenticated and one of them is a dual signed Dimaggio and Williams 8x10. I t was professionally framed and matted years ago but they will only authenticate it unframed. In your opinions I have had this looked at by some of you and most opinions were that it was legit so should I tear it out of the frame to get it authenticated or leave as is and sell as is ?

This Mickey Mantle forgery was listed, and eventually sold, by EBay seller caddy1229.…

Check out this ugly and horrific Derek Jeter forgery with a GAI COA (slabbed).

This Derek Jeter forgery is listed by Ebay seller Memorylanepics.

There are thousands of these forgeries (Derek Jeter, Walter Payton, Brett Favre, etc) encased in those slabs with a GAI COA.…

Look at this auction for a "must have for any true Yankee fan" autographed photo of Mickey Mantle.
Sure glad I hate the Yankees!!!

This was supposedly signed in 2009 at a Chiller Horror Show in NJ.  I would like some opinions before I decide to keep it or discard it.  Thanks to all that reply. This set of Mickey Mantle and Joe DiMaggio forgeries are listed by Ebay seller beast_from_the_east.

These are truly hideous forgeries.…