While flying in the USCG I was naturally involved with many rescue flights. I have several 'Winged S' rescue awards with the original wet signature of Igor Sikorsky. I'm retired and moving out of country and would like to sell some of these.

Can anyone give me an idea on the value???? Can anyone give me some idea of who might be interested in buying them or taking these on consignment to sell? It's just time to start parting with these rare documents and let others enjoy…

Most of you might only know Bobcat from being that crazy '80s comedian that would scream and make weird sounds. Even back then, I thought he was hysterical. His material was always strong.

It was nice to see him get parts in movies (remember him trying to kill Bill Murray in Scrooged?) Oh, and speaking of "remembering him" in various parts, he said in his stand-up the other night when I saw him, that he loves signing autographs and is flattered anybody wants his autograph,…

Im have been offred this signed lobbycard by all four members of the band.

Is this a genuine piece?

My guts says that something is wrong.… 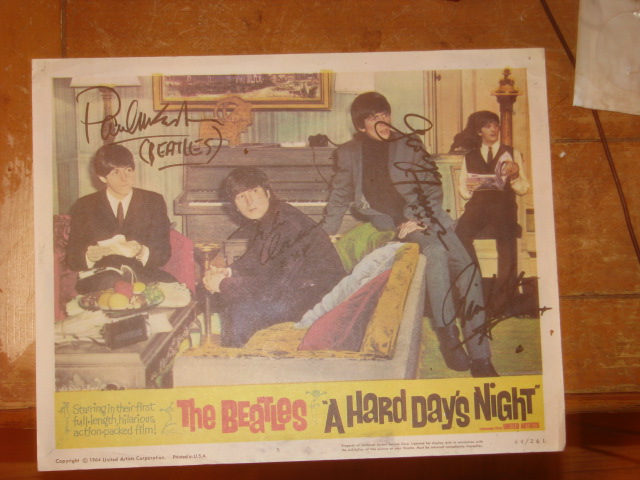 BSP - You're Invited to a Book Launch

I'll be launching my ninth novel, A RHUMBA IN WALTZ TIME, at a special reception, discussion and signing on Thursday, Sept. 8, 7:30 p.m., at Skylight Books in Los Angeles, 1818 North Vermont Ave., Los Angeles, CA 90027. The story is set during the late 30s "Golden Age of Hollywood" and full of familiar names and places.

I was falling asleep on the couch, with CNN on.

They did a story, and the details I can remember before passing out:

Guitarist Richie Sambora did a concert for Marines at Camp Pendleton near San Diego. He also gave away 10 autographed guitars.

They were accoustic guitars that you can fold up and put in your napsack.

I used to get on Chris Williams' case about it all the time.

Better known as YouTube's TomTresh2, Chris would spend half of his famous expose' videos berating the buyers of obvious forgeries on eBay and Coach's Corner, calling them as much of the problem as the sellers.

I have a book published by Andy Warhol in the 80's that is signed by him. Deals wiht Studio 54.

Also have a Theater flier from London England that is from the play Clarence Darrow, signed by Henry Fonda.  Finally a thank you card from Jackie Kennedy for acknowledging Jack's death.

An Autograph in 30 MINUTES OR LESS

Jessie Eisenberg -- the Oscar nominated actor from The Social Network (who was also great in the smaller picture The Squid and the Whale), told a great autograph story the other day on Jimmy Kimmel Live.

He's in the new movie 30 Minutes or Less (which is very funny), and it has a number of comedians (Danny McBridge, Aziz, and Nick Swardson).

Well, Eisenberg said that he once sent Swardson a fan letter asking for his autograph and saying how he thought he was one of the funniest…

Any opinions on these two?

Thanks in advance for any help. The Kids in the Hall comedy troupe -- AUTOGRAPHS

I have a large collection of autographs from The Kids in the Hall -- my favorite comedy troupe ever. I'll never sell them.

It seems every five years the guys tour -- and they're good about signing before and after shows (at one show, they came into the merch booth 40 minutes after the show to sign items and take photos).

I've gotten all my DVDs signed, an 8 x 10 from their movie Brain Candy.

Well, the other day I drove up to the Irvine Improv…

Hi, I purchased a few itesm from Wynnco in South Carolina. Why? i feel that he must be reputable because he has been in business since 1978. Have any of you had dealing with Wynnco (Jack Wynn proprietor) and are his items for sale considered authentic?

this steeler stuff i bought from authenticgraph on amazon im a huge fan and want to make sure this stuff is real, pleasze help if have any replies or comments please  leave them

That's the title of my recent guest blog at Meanderings and Muses, talking about my collecting autographs on the streets of Hollywood during the Golden Days of Movies. one in particular--Alan Ladd. It's here:

Need help on this Brando autograph

Any help here would be appreciated. 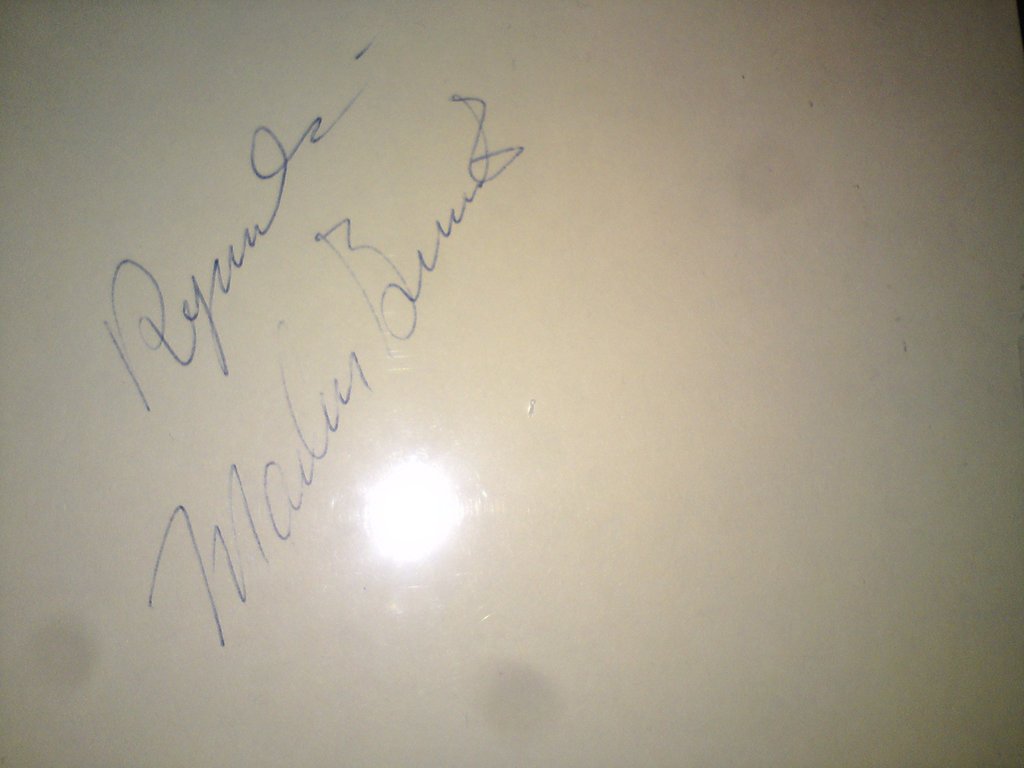 In celebration of the 40th Anniversary of Stanley Kubrick's 1971 film A Clockwork Orange, Collector's Shangri-La is giving away a limited edition Droog Leader Statue autographed by star Malcolm McDowell! Making its debut as an exclusive at the 2011 San…

i have silver certificate dollar bill with elvis and jkohnny cash's signature. i 've been told that there is a photo of both of them signing it at sun studios back in the late fifties. don't know how true it is. if it is real, how would i know.  thanks  frank

Baseball Hall of Famers That Are Willing To Sign FREE Autographs!!

Throughout the last few years, I have had the honor to meet approximately two-thirds of the living members of the Baseball Hall of Fame. Often, I meet this legendary gentlemen at card shows, where, of course, they are required to charge fees for their autographs. However, at other events, I have witnessed some of the living immortals of Cooperstown signing autographs-absolutely free of charge.

Of course, there are some Hall of Famers who either…

NEW MEMBER HERE! Could somebody please help me with my Kiss autographs?

I purchased this at a flea market the guy running the booth told me he buys storage units and this was in it, it only cost me 10.00 because it's so wrinkled and he had no way of authenticating the autographs.  so any help would be appreciated. This has got to be my most favorite ebay fake ever! The absolute silliest forgeries I've ever seen where they don't even try an forge from the real signatures, they just used their imaginations and do the "autographs"any old way. Then they frame it with a plaque that lists the names wrong!

But this is a signed album from the rare Deep Purple line up that featured 'John Glover' and 'Ian Gillian'.

Rare indeed! Check it out: