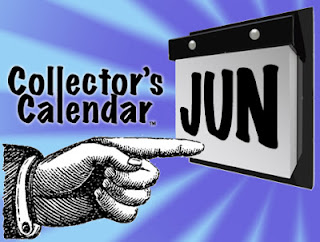 A few video celebrity interviews from my archives- or Markives as it were!

Here is a link to a few, maybe about 90 some interviews I have have done in the long past and more recently.

I will attend quite a few more Conventions/ Autograph shows, this year.

Many people have asked to see some of these interviews and not just read some excerpts from them.

I have literally hundreds and hundreds of these from the past almost 30 years of doing this.

But at this time , I only have…

Autographgiving.com is a new way to collect autographs and benefit charities at the same time. Using a Autographgiving Collectors Card the card owner gives money to a charity to receive the card. Do you think athletes will be more likely to sign these?

I get sick of seeing eBay sellers post this as being "signed" when in reality it is a reprint. I myself actually got burned on this in the past.

Here is the "signed" photo to be cautious of: As you can see below, this is the exact same "reproduction" as above, yet this seller calls it an "Autograph"… So I am originally from ElCajon California and recently my dad, who is a NASCAR fan, came to visit. He said the Jimmie Johnson boy me and my sister used to hang out with who raced dirt bikes and had all those HUGE trophies in 8th grade was the same guy who drives for NASCAR. Today I found my junior high year book with his pic and an autograph..Just wondering why the…

The Doors -- Autograph adventures and thoughts on my favorite band, in memory of Ray Manzarek 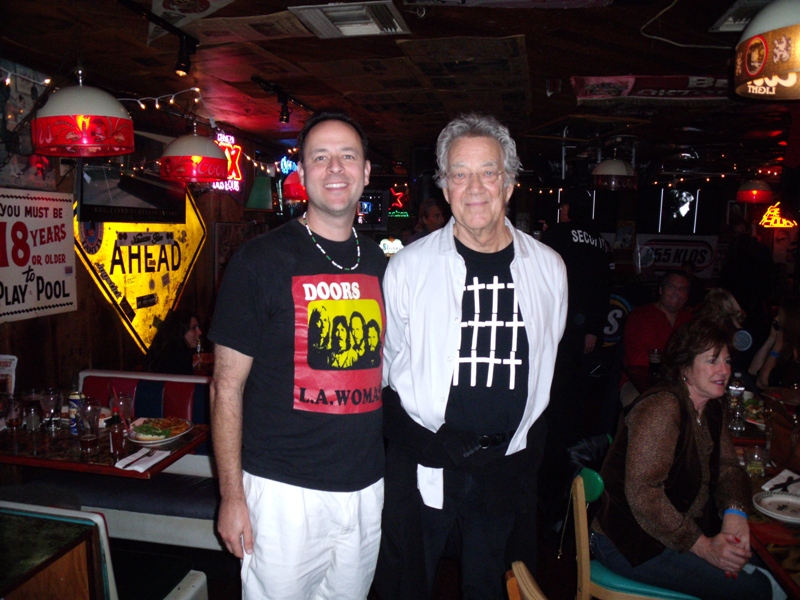 Ray Manzarek, the keyboardist of The Doors died the other day. As journalists that thought they were clever wrote, he “broke on through to the other side.”

Since they’ve always been my favorite band, I thought I’d do a story for Autograph relating to all my meetings with the various band members.

I had been a Doors fan from an early age. When I was…

The worthless COA is from TTA (Ted Taylor).  The TTA COA is on Ebay's Banned COA list.…

I'd love to get some feedback on this.  I purchased this a couple of years ago on EBAY from a seller based in England.  Although he dealt almost exlusively with Iron Maiden items, he also had a few vinyl records that he had picked up several years ago at a Car Boot sale (my understanding is that this is the British version of a flea market).  One of the albums was a British version of Pink Floyd Meddle in near perfect condition.  As he was going through the album to check the condition, he…

So beside the fact that I believe every autograph on their sight is at the very least suspect,
They put this "gem" up for sale:…

The Chiller Theatre Convention is filled with celebrities, musicians, artists, wrestlers, models, zombies, monsters, vampires and so much more. The celebrity guests are all usually, human, mostly. This is a three day event, twice a year, to which I happily attended the Sunday show on April 28, 2013. My friend Anthony and I drove up to NJ to spend a few incredible hours at Chiller from Baltimore. I thank Kevin and Eddie who allow me Press passes to cover the event!

This foray of guests… The Astronaut Scholarship Foundation along with astronauts representing every era of manned spaceflight will gather on the evening of July 27, 2013 to both commemorate the 40th anniversary of Skylab’s launch into space and honor the courageous, tireless and innovative men and women who made the Skylab missions, which in many ways laid the…

TO Josh Board, from jaylee

Josh, I went to the site you listed  Signed, sealed.

I found three Beatles autograph of Paul M. The three are very different in my eyes. All the "P" look like "R". I have seen many of his examples and it seems he signs his last name in full. The guitar is at $9,500. I am no expert but all I see all Red Flags, thanks, Jay

I am trying to get as much information so I can make a smart decision to buy!! Thanks, Jay
www.autographpros.com
www.qualityautographs.com
www.sportsmemnoribila.com…
Continue

As the youngest child of five, I often did things to get attention growing up in the 1970's. My Older brother Ric, was 10 years older and often provided me my attention getting ways. Usually, laughing when I'd imitate Dean Martin from the night before, drink in hand while telling jokes, to letting me listen to his party records. For you younsters out there, a record was a plastic disc that you'd run a needle on and it would play thru speakers! On with the story!   He was a connisuer of…

As I read the blogs I keep seeing the word "Forgeries"

I have been thinking about opening an autograph business {website and retail store}. I have done lots of research and the things I found really concern me. It seems most people in this industry are scumbags {not all} and will do anything to make $$$. Just look at "Ripoff Report, Hall of Shame!! Even the major Authentic Companies have major…

Communication with www.autographsnetwork.com {AKA Autographs America}

Here are a few items I have had hand signed in person for me by the great Ray Harryhausen over the years! These are hanging all over my walls. I also have many more still photos signed by Ray and I own ALL of his books signed for me as well! I wrote a long article on him back in 2006 for Autograph Magazine. The one poster is from the Famous Monsters Con in 1993 and signed by many icons like…

He played for about an hour and a half. Some solo material, some cover tunes and some G n R too. All of it was great. He came out about 10 minutes after the show. He's really nice and down to earth he talked to us for about 15 minutes and signed a bunch of stuff and did photos with everyone. I had a bunch of stuff but I didn't want to overdue it so I just had a few items signed. Sadly he said their will probably never be a Guns box set or another DVD, not due to Axl but the record company.…