It’s strange that after coming out of a week where my stepdad had a triple-bypass, and my mom had a heart attack, I then have a weekend where I find out about a singer/songwriter dying of a heart attack in the same hospital my stepdad was in.

J.J. Cale didn’t live far from me, over in Valley Center, California. It’s not far from Escondido, where he and Eric Clapton…

Did You Purchase an Item from Anthony Nurse or Charity Fundraising Packages? Please Let me Know... I saw items at an auction recently that I believe to be forgeries. I'm in the process of trying to figure out if they are real or not, and would like to hear from others on experiences they've had with Anthony Nurse or his company…

How to find Ralph Macchio?

I was planning on attending the Chicago Comic-Con in August to meet my childhood hero, Mr. Ralph Macchio of Karate Kid fame.  I even began stocking up on items to have signed, but now I'm not going to be able to attend.  How on Earth do I go about keeping track of this guy's personal appearances?  I'm willing to wait (I've been waiting for nearly 30 years).  I'm willing to travel.  I just don't know how to get a good head's up as to when he's going to do a signing.  Is it…

The Pros and Cons of Hitchhiking -- Picking up a Rock Star! The first radio station I worked at in the late 80s/early 90s, was great for a lot of reasons. One of them was the amount of autographed albums and CDs I was able to add to my collection.

Now, there would be a few times I didn’t score the autograph. When I was walking with the afternoon DJ to interview RUSH backstage at the Sports Arena, their female tour manager said…

Drew: The Man Behind the Poster...and the gentleman behind the artist. 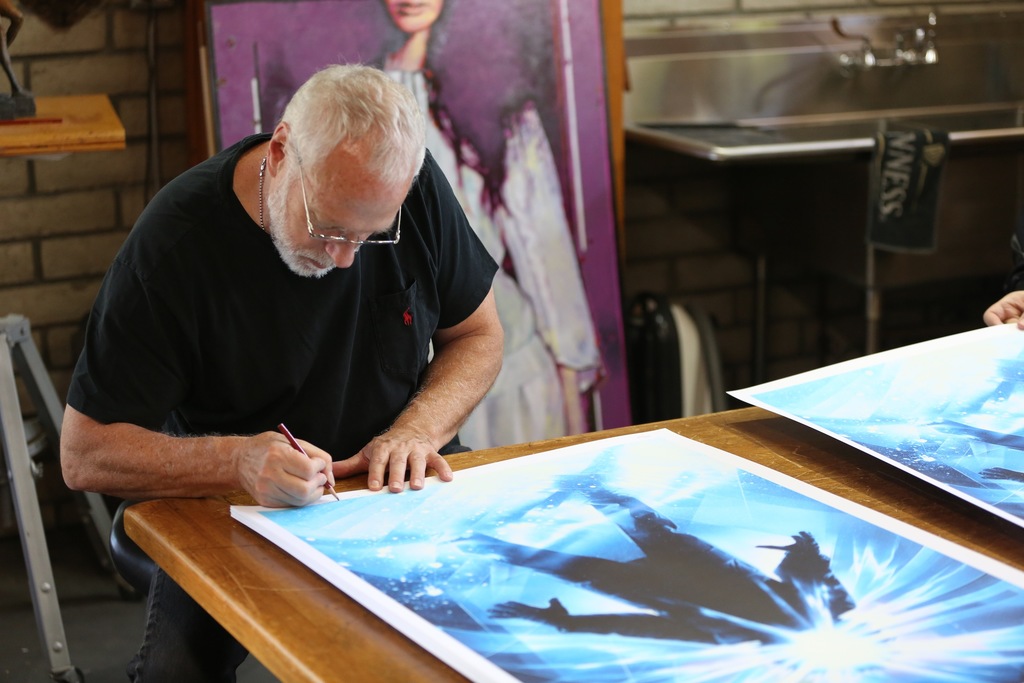 In previous years, I’ve written about the autograph things I’ve seen at Comic Con for the readers here. This year, I didn’t go to Comic Con. One of my artist friends did an event next to an illustrator from the Simpson’s, and he met and got an autograph from Matt Groening.

Another friend of mine hung out and partied with Danny Trejo (Machete).

Two of my friends…

Right now on eBay, there’s an autographed Stephen King book going for $1,295. What makes it interesting is it’s one of the books King wrote under the pseudonym “Richard Bachman.” He did that because of the debate about whether it’s all luck, or you have to really be a good writer to make it, etc. He picked the name based partly on a character from another author he liked, and the last name Bachman because he was listening to Bachman-Turner Overdrive at the time (King has always been a…

The alarming and growing trend of high priced third-party authenticators

Hello to all. I am a long time collector of rock autographs (started in 1988) but am new to this forum stuff. Anyway, I spent a hour or so today reading a thread on here regarding fakes and who sells forgeries and who doesn't, etc.  and I found it very disconcerting. I have purchased autographs in the past 25 years from many dealers including Tom Platt, R & R, Blake Levine, Joe Long, Roger Epperson, Myron Ross and others. I don't claim to be an expert but after 25 years or research,… 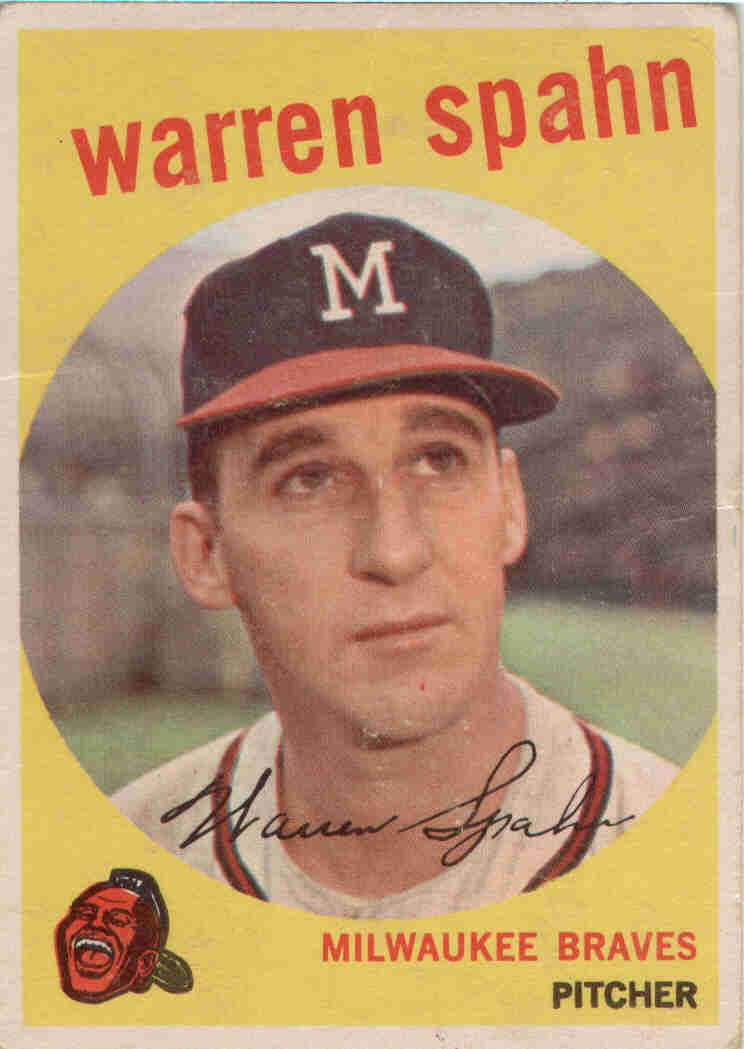 Okay, it’s the baseball all-star game, so how about a few more stories on baseball memorabilia?

Greg Spahn, the only child of the winningest left-hander in baseball history, has more than 800 items he’s going to auction at Hunt Auctions. He’s going to split everything he gets with his kids, which is probably making them happy. He’s got five, and I’m guessing they’d be… 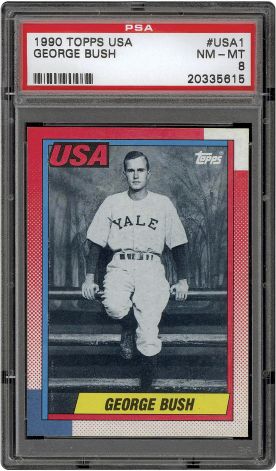 I sometimes write about baseball cards, because I’ve found that lots of autograph collectors also collect sports memorabilia. I’ve talked before about how hardcore card collectors HATE when people get them autographed. They feel any ink on the card is merely ruining it. I’ve always felt that – sure, if it’s a… Have you ever held in your very own hands, a Jeannie bottle? Yes, a Jeannie bottle from the TV show I Dream of Jeannie. Well it is a fun thing to do. You find yourself opening the top, and even rubbing the sides to see if Jeannie is going to rise out in a puff of smoke.

However, if she does not…

Ebay Forgery Seller Guide: What to do when you've been caught‏

But look out! Someone on the AML website is declaring that your item is fake! Well, not to fear. You know you have your bases covered, because you have a COA straight from the now out-of-business baseball card store in Florida you bought it from.

Take a deep breath and follow these steps. We'll get… Continue

These are typical forgeries found on Ebay that are usually purchased by the seller at local auctions, estate sales, charity events, etc.  These are people who know ZERO about autographs.  They buy this crap…

What do you get the father that has everything? Well, a unique, autographed item. Kim Kardashian had that idea, when she made the purchase for Kanye West recently. He’s a new father so, Father’s Day was the occasional. I’m guessing you can’t realistically buy a shirt or mug that says “World’s Best Dad” for a guy that names his kid “North West,” so she went with a cool autographed item.

The rapper was so thrilled by the gift she gave him, he tweeted about it. It’s a pair of computer…

Rumor has it that Larry Studebaker got fired from JSA for authenticating a bunch of fake autographs for someone in California and is now working for ACE (Justin Priddy).. Anyone know if there is any truth to this? I do know he is not with JSA any longer but not sure where he went and why he's no longer with JSA.. This is very interesting if it turns out to be true..

Collector's Shangri-La provides a monthly calendar of selected celebrity autograph signings, collector's conventions, and other events through our blog at: http://collectorsshangrila.blogspot.com/